Suburban Agrarian – a farmer’s life for me?

I’ve been told that an urban agrarian lifestyle at its simplest incorporates slight lifestyle changes – growing as much of your food as you plausibly can in your backyard / window box / allotment, using renewable energy, making use of public transport or HPV (human powered vehicles), keeping a couple of chickens for fresh eggs (and, in due course, fresh chicken), buying local produce to fill the gaps and sharing resources wherever possible.

None of those things are particularly hard to do and most of them are even good fun. It does take a certain level of commitment, however, since they take time, which is perennially in short supply for the average nine-to-five worker. Some days it feels like there simply aren’t enough hours in the day to sustain the dream.

Our solution to that was to start small and work our way up. The first step was to plant fruit trees so that we’d (hopefully) be able to produce and share quality fruit that hasn’t been treated with pesticides. After a few years of putting in the odd tree here and there, we now have a veritable orchard: cumquat, calamondin, Australian finger lime, blood orange, plum, cherry, loquat, blueberries, Tahitian lime, pink grapefruit, pear, passionfruit vines, olives and apples. The apples and pear tree are dwarf stock, since our property isn’t really very large, but they’re starting to fruit 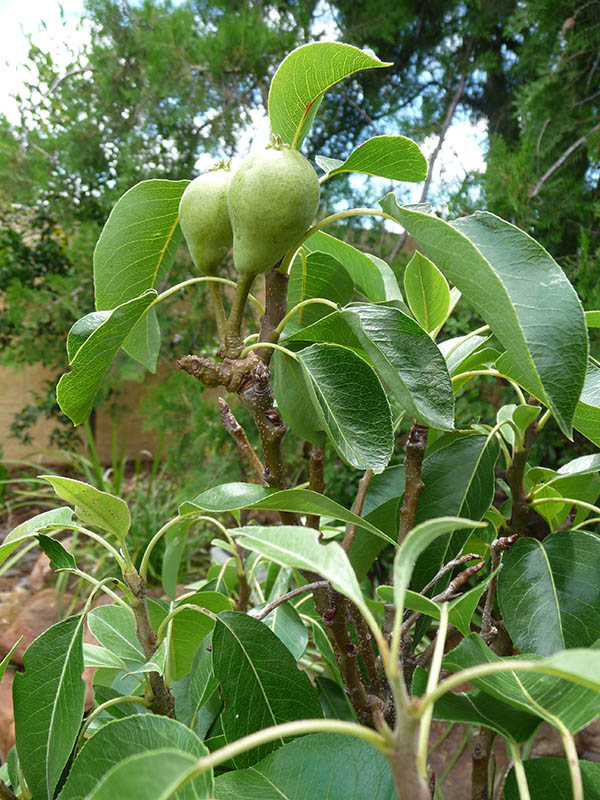 and we have high hopes for good crops from them in the future. Trees are pretty low maintenance and it’s been great to be able to share some of the fruit – and the jams and chutneys – with friends and family. At various times of the year it’s actually unwise to visit us unless you’re resigned to leaving with at least one jar of cumquat marmalade – the tree fruits prolifically!

Our next bold step was to install four raised garden beds and to start to grow seasonal vegetables and herbs. This takes more effort than the trees and is intermittently rewarding. Basil, mint, tomatoes, kale, spinach and beans have been the winners; most other crops have been a bit disappointing. Sometimes this is simply because the garden beds aren’t well positioned as far as sun/shade goes for a particular crop, sometimes because critters have invaded and I’ve been unwilling to spray – but also not diligent enough to do a daily critter parade. At the moment I have corn, cherry tomatoes, basil and spinach growing, but we do need to augment the home grown produce with visits to the markets. The local Farmer’s Markets are great for this – although the prices aren’t really competitive, so it’s certainly not a cost saving.

Solar hot water is a great solution in summer, but since I’m a sucker for a hot shower we use an electric booster through the winter. A 4.5-kilowatt array of solar panels on the roof means that we could theoretically go off-grid and be self sufficient for power, but before that can happen we’d need to be able to store the energy. Batteries are probably the most obvious and cost effective option and that may be a future project. In the meantime we feed power back into the grid, which in turn offsets our power bill to some extent. In terms of transport, our future plans hinge on the electric utility vehicle that’s under construction in our garage. Meantime we use conventional internal combustion vehicles and winge about the cost of fuel and I use my bicycle from time to time and public transport whenever possible.

About a year ago we ended up with two backyard chooks. This isn’t something I ever thought of as likely, since I’m not a fan of feathered things unless they’re in trees, the sky or a tasty casserole, but the promise of fresh eggs was pretty tempting. Once we’d built a chicken run under the fruit trees as a temporary ‘chicken daycare centre’ for my daughter’s chickens whilst she was away, it was pretty much a foregone conclusion that we’d eventually end putting the run to more permanent use. Two of the chickens simply didn’t end up going home with her last November. Instead, we inherited a pair of rather attractive Australorps (http://www.backyardchickens.com/products/australorp) and they rampage around in their run fairly happily. We tried having them on the loose in the garden, but the darn things seem to think that the fro 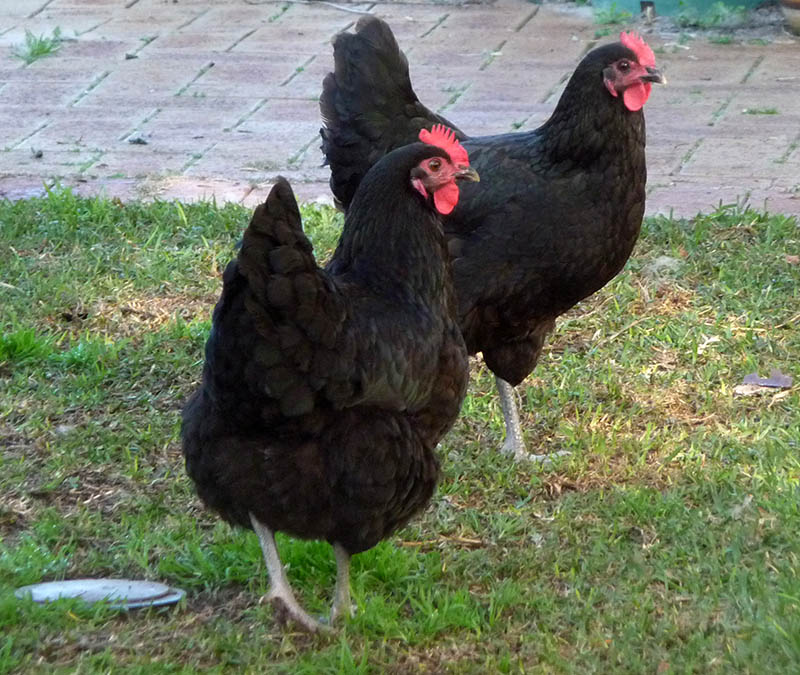 nt doormat is the chicken equivalent of a kitty litter tray. This does not please me, so their free ranging has been curtailed.

The downside of chickens is that they are a bit noisy early in the morning. Actually, they’re darn noisy! By early, I mean 5.30am – and this is not an hour at which I’m usually terribly sociable or, indeed, amenable to loud noises. I’m pretty sure that this applies to our neighbours as well, although no-one (other than me!) has complained so we’re either shutting them up fast enough by staggering out to feed them at the crack of dawn – or the neighbours haven’t figured out where the noise is coming from… yet. Other than that, though, they’re pretty easy to manage in terms of care and maintenance and do provide us with a steady supply of eggs. I haven’t actually bought eggs since they started laying early this year and we often end up having to give eggs away when production overtakes consumption.

Although each step along  our suburban agrarian journey has been fun, collectively it can be exhausting. The combination of planting, mulching, watering, weeding, feeding, pruning, making preserves and egg-related dishes and cleaning chicken hutches is sometimes quite a load, particularly when in conduction with early mooring wake-up calls from our avian buddies. I’ve concluded that whilst I do enjoy home-grown vegetables, making jams and chutneys and using freshly laid free range eggs, I am at heart a city girl and I may have reached the limits of my suburban agrarian dreamscape.