Crowdfunding: a hand up or a hand out?

It’s fairly commonplace these days for projects, events and endeavours to be crowd-funded. This involves raising a specific amount of money from (usually) a large number of people. It’s not a new idea, but has really taken off in the last 10 years or so. It’s allows artists, writers, developers, etc. to engage directly with their audience via fundraising platforms such as Kickstarter, IndieGoGo, and CircleUp and so on.

In simple terms, the entrepreneur – let’s call her/him Sasha – comes up with an idea (otherwise known as a cunning plan) and selects a funding platform. Next s/he sets a time frame and a financial target, factoring in the 5 – 7% fee that many crowdfunding sites charge.

Next comes creating a succinct and persuasive sales pitch. For the best outcomes, Sasha needs to have a clear message – one that tells a good story and makes people care about the developer and the product. This really means s/he needs to know the target audience and is prepared to use social media to effectively promote the project, create awareness, generate a buzz-factor around the product/idea, and then sustain that by posting regular updates.

Ideally, lots and lots of people then rush forward to pledge an amount towards the goal 🙂

Sometimes the pledges are simply a set donation, but in many cases it’s in exchange for some sort of promised reward – the larger the pledge, the greater the reward. No funds (or rewards) actually change hands if the target goal isn’t achieved within the set time frame.

In my experience, the rewards that are offered as incentives have ranged from a signed letter of thanks to a range of products/services. Many people choose not to select a tangible reward at all, depending on the project and/or their relationship with the developer. In the best of circumstances the projects go ahead, rewards are received, most ‘investors’ are at least fairly happy with the outcome – and the crowd-funding ball keeps on rolling. 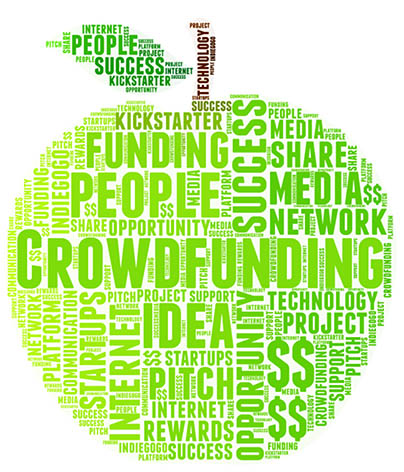 Over the years I’ve noticed that other sorts of funding have emerged. One of these is Patreon, which is really aimed at funding ongoing content creation via monthly subscription. This helps artists and creators to focus on content creation, rather than trying to fit their art in around day jobs. It’s simply a modern take on the notion of arts patronage, where artists receive encouragement and financial aid from supporters / philanthropists.

GoFundMe is a somewhat different sort of fundraising. It allows people to launch funding campaigns for medical procedures, emergency help, charities, educational opportunities and so forth. In many instances, people are more than willing to help out wherever they can without expectation of reward. It often depends on what the fundraising rationale is and whether it inspires us or simply gives us a feeling of obligation.

For example, a friend’s sister periodically raises money for her ongoing medical needs this way. Someone else I know is raising funds for a trip overseas. Another needed help to pay emergency vet bills when her dog was hurt. How would I choose who to fund?

Some of these feel like a hand-out, rather than a hand-up. But others, such help with the vet bills, no so much. That particular person felt very uncomfortable asking for money – it felt very much like begging to her. But she needed the help. So she offered to make beautiful handmade earrings (or something similar) for anyone who pledged their help. This made it easier for her to ask for help – and for her friends/family/others to provide it without an overt sense of obligation.

This works for me. It feels like I’d giving a hand up, as though something positive and useful is being done by all concerned. I’d definitely have helped this young lady out if I’d known in time – and not bothered to take up the incentive. The offer would have been enough. Although she does make great earrings….