The smell of orange blossom 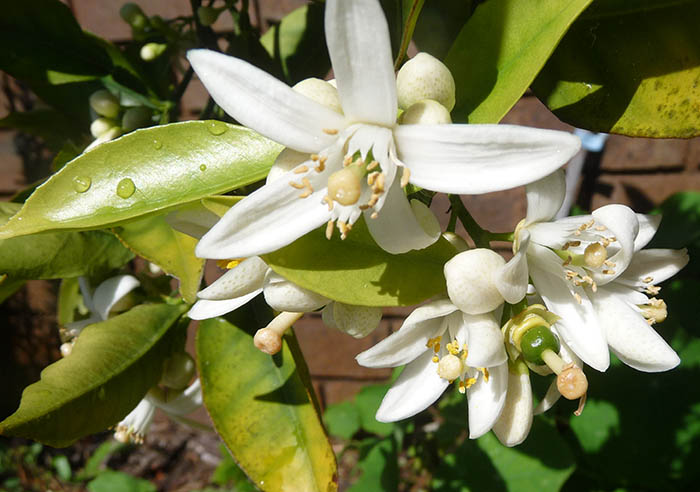 10 weeks ago I came across a 12-week online programme called Write your book in 12 weeks. It sounded promising – and it only cost $99. What a bargain!,  I thought, and signed up immediately. I waited with an-tic-i-pation for the first of the 12 weekly modules to arrive in my email inbox, confident that this programme would help me to pummel my notes into a good rough draft of my next book within three months.

But here’s the thing – and it’s scarcely new news: writing – or even editing content already mostly written (that’s me) – actually takes a bit more than $99, following instructions and scheduling time. Not exactly a revelation, but it still a bit disappointing to realise that 10 weeks out I’m not a lot closer to that first rough draft than I was at the start. It’s also a bit surprising since I’m usually pretty focused once I set my mind on something. So I guess that this isn’t (currently) something I want badly enough.

So what have I been doing instead? Well, I prettied up Epic Tome #1 a bit and finally sent it off to Flood Manuscripts for a manuscript assessment. That’s a big step all on its own – and I’m anxiously awaiting feedback as to how much rewriting I’m in for before I try sending it off to a publisher. That aside, I’ve been blogging. Yup, instead of editing/rewriting sections of Tome #2, I’ve been cobbling together regular slice-of-life posts as a way of regaining my joy in writing. It’s spontaneous, random, creative and moves me to think about the world around me differently. Coming up with topics each week can be a challenge, but it’s also fun. I head out to work, play, shop, walk and drive with one part of my mind paying that little bit more attention to the odd and the ordinary – and to my responses to them.

Things that made me smile this week: driving through rain puddles and creating giant sheets of water – wearing bright orange socks with my new red shoes – a bedraggled sunflower on a wintery morning – a girl with scarlet hair on the train – watching 100 school kids learning how to draw an emu – the smell of orange blossom.

On reflection, I don’t think it matters all that much that I’ve fallen behind on my 12-week writing programme. It’s still there, ticking away in the background, and I can – and probably will – pick it up again later on. I’m satisfied that I’m writing – and doing so regularly and with enthusiasm.

This is part of a strip that appeared between May and June, 1992. For the whole comic strip, check out http://blog.writeathome.com/index.php/2012/03/sunday-comics-calvin-and-hobbes-on-writing-a-short-story/