The eye of the beholder

I was recently in a group of people asked to name the most unusual item in our respective kitchens (ingredient, implement, other – as long as it was a bit quirky). The tricky thing with this question is that I, like most others there, consider my own kitchen to be fairly ordinary. This is a room that’s been equipped to be functional and, in many cases, designed to be attractive. So coming up with ‘the most unusual item’ in amongst the mundane actually equates to figuring out which item someone else might plausibly consider unusual.

Bringing up a mental map of my kitchen and gazing around it, I was hard pressed to see anything out of the ordinary. The butcher’s block, crates, appliances – they all fit in and work in their context. Condiments and tins – perhaps far too many of each – have been stocked with some sort of goal in mind. Cutlery, crockery and so on have accumulated over time and, whilst they may not be my ideal Homes & Garden version of same, they serve their purpose. Certainly nothing unusual in any of those. 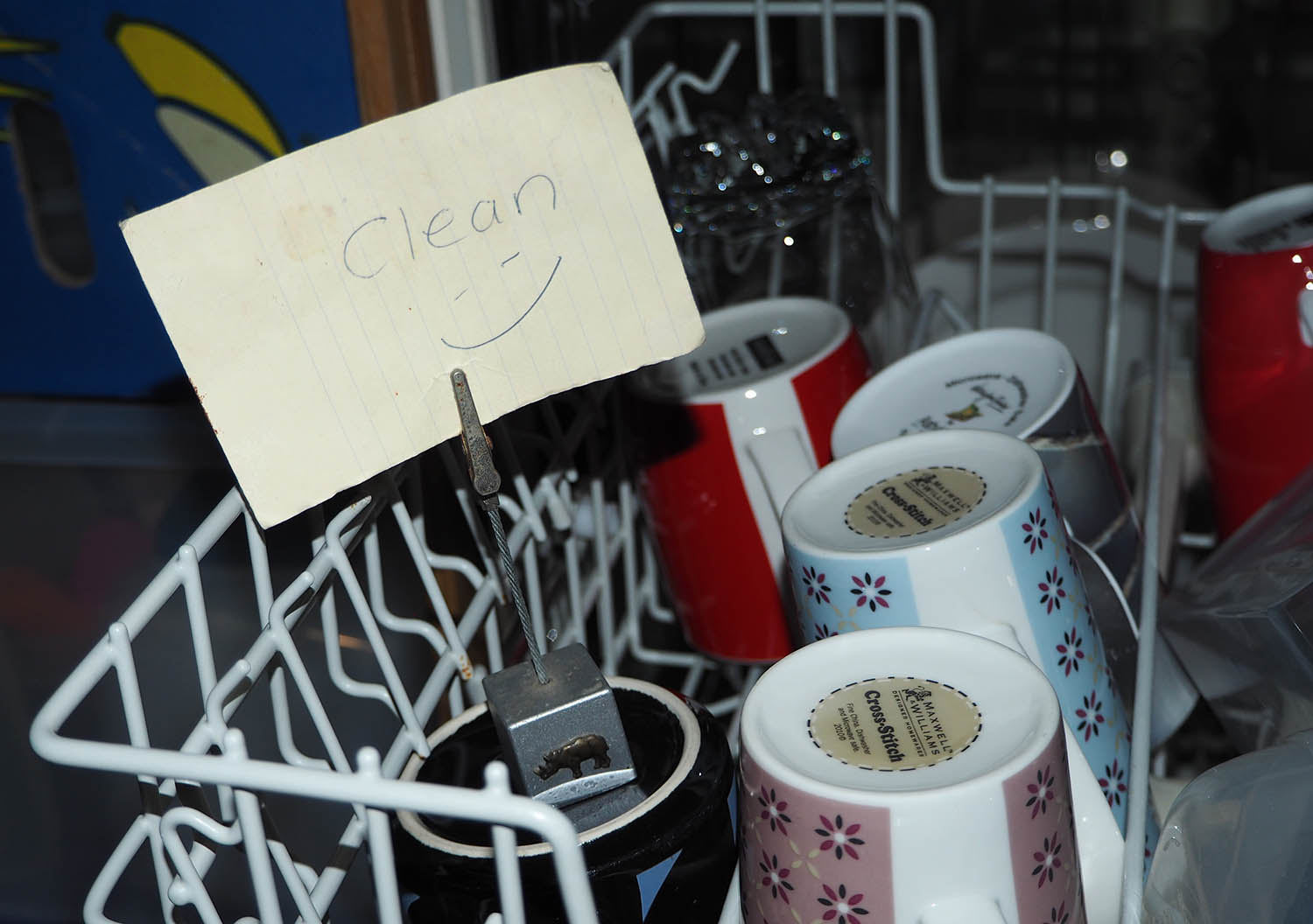 I have a small collection of teapots on the kitchen window ledge. I wondered if they counted as unusual? They’re fairly brightly coloured, but – when you come down to it – they’re just teapots. In the dishwasher I have a little clean/dirty sign, to let people know the status of the current load – but we think that’s pretty normal. Perhaps the handmade mosaic trivet on my bench top? hmm…

Then I remembered the yellow Tonka Toy lurking on top of the kitchen cupboards. It’s one of the classic road graders, a remnant of my son’s childhood. When he moved out, he made a pile of his Lego, Meccano, toy cars and so forth and asked me to donate them to a good cause. Most went to charity shops or friend’s children without a second thought, but the grader was harder for me to part with. I had (and have) so many fond memories of the roads we built with it in the sandpit and the games that followed.

But what does one do with a discarded toy truck or, indeed, any discarded – yet beloved – toy? In this instance I perched a pair of discarded dinosaurs on it (a diplodocus and a triceratops, I’m told) and there they’ve remained ever since, our watchful kitchen deities. They keep track of everyone and everything that happens in this crazy central space in our home, where people congregate and culinary experiments happen.

My dino-truck combo definitely counted as an unusual kitchen item in most people’s books on the day and, try as they might, no-one could trump it. Since then I’ve looked more closely at people’s kitchens when I visit, keeping an eye out for their version of quirky. To my surprise, most kitchens actually do contain at least one oddity – but the dino-truck still rules 🙂 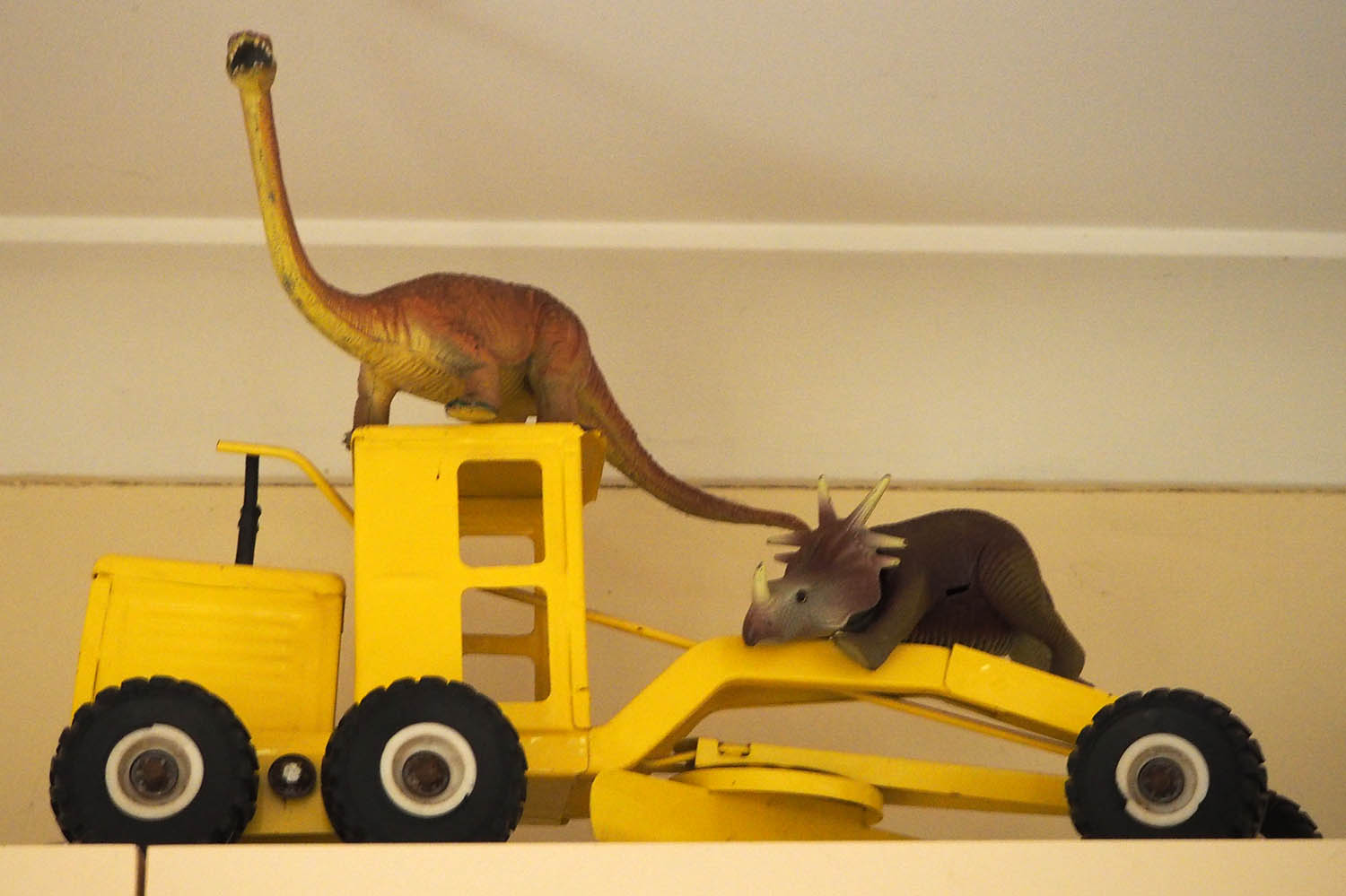