This week a friend and I managed to find a last minute booking for what was described as a “quaint, rustic cottage” next to a lake in Bridgetown.  We jumped at the chance and headed off for a few days of sorely needed downtime at the end of a very busy term. The plan was to rest, but also do some writing, photography, drawing and (most importantly) chatting.

I’d been itching to try out my new camera since my birthday, so as soon as we were settled in our distinctly rustic abode I set out to walk around the lake and find something photo-worthy. I soon came across a derelict footbridge (snap), a rose arbour that had fallen into disrepair (no snap, too sad), a very orderly row of fairly young gum trees side by side with a lone fig tree (snap, snap), and a rather palatial kid’s cubby house (snap). All of these were interesting, but none of them stirred me more than superficially.

Then I saw it – a huge river red gum, standing head and shoulders above all the other trees. It was glorious and immediately evocative of a much loved childhood story. Indeed, the first thing sprang to mind as I gazed up at it was ‘It’s the Faraway Tree!’ I could easily imagine Moonface, Silky, the Saucepan Man, Dame Washalot and the rest of characters that paraded through my highly imaginative early childhood hiding somewhere in its branches. 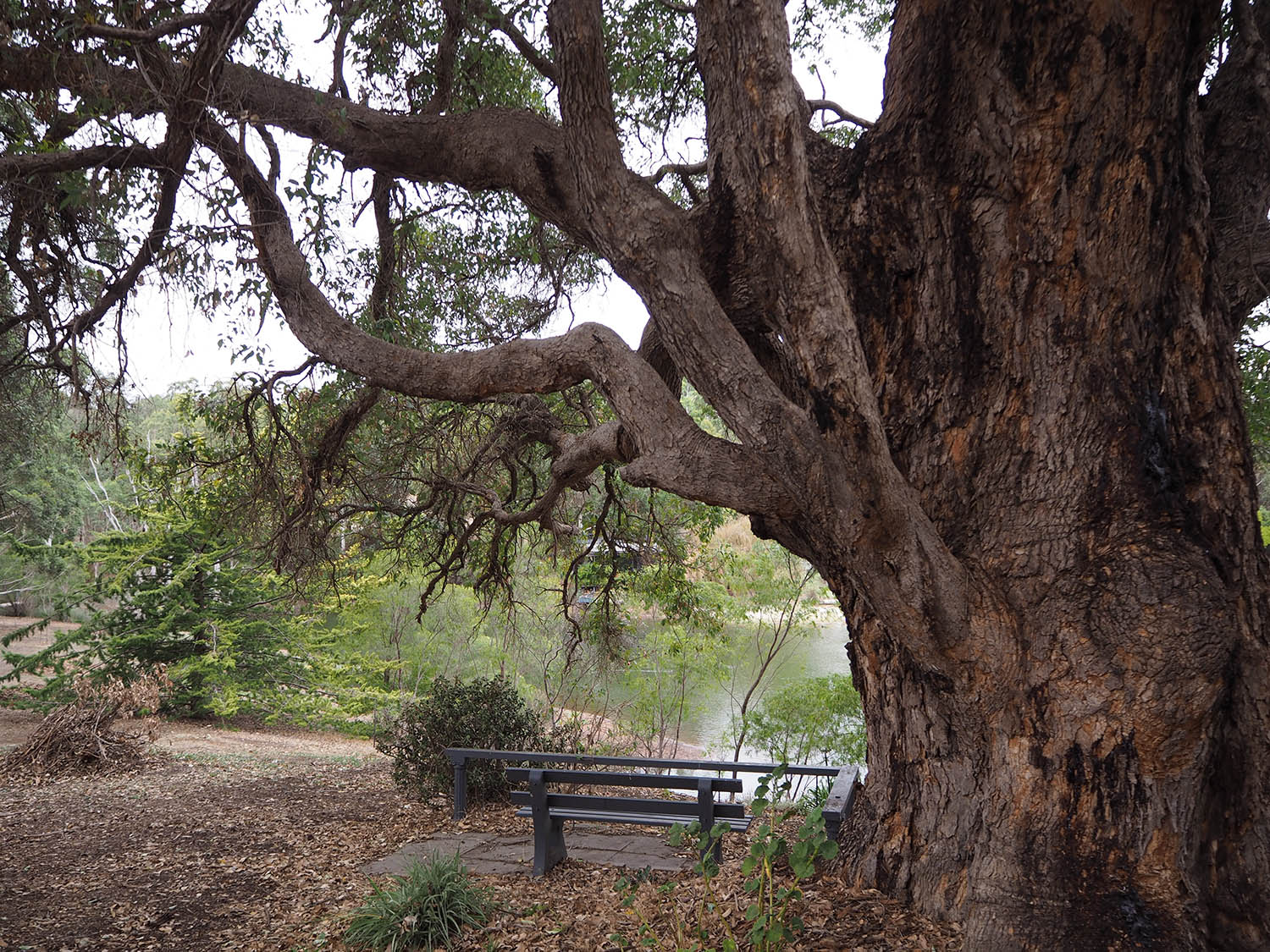 Our host had placed a bench under the tree and from that vantage point I could gaze up at the enormous trunk as I reminisced. I remembered wishing that I had a tree with a slippery slide built into it so that I could whizz down on a tasselled cushion. What fun that would be!

I found I couldn’t quite stop myself from glancing up at the top of the tree as I thought about the lands that drifted across the top of the Faraway Tree, just in case… Like the storybook version, this is a tree that cries out to be climbed, for children to adventure into, for artists to photograph and paint, and for arboriculturists to conserve. It’s quite magnificent and the childhood memories that it stirred up made me smile each time I looked across the lake at it over the next few days.

Although I’d remembered the names of all the magical characters in the Faraway Tree books, my memory referenced the human characters generically as the children. Out of curiosity, I looked it up as soon as a Wifi connection was to hand and the second or third ‘hit’ I got was a link to the Enid Blyton Society. This provided me with a plethora of information on all things Blyton, including the names of the children in the series (Jo, Fanny, Bessie) and some examples of the lovely illustrations and cover art from the early print runs.

I spent ages pouring over the covers and jumping between examples of some of my favourite early reading matter. Much to my delight I found a listing for the Five Find-Outers Mystery Series. I read these books with alacrity at much the same time as the Faraway Tree series, but subsequently never found the books again. In the intervening years I’ve asked numerous people whether they’ve read them, but no one I know had even heard of the series. Most people went so far as to ask whether I meant the Famous Five, Adventurous Four or even the Secret Seven! So the sense of vindication was actually quite ridiculously strong and decidedly childlike when I discovered that the Finder-Outers and little Buster the dog really do exist in Blyton-land and that I hadn’t made them up.

The combination of the real and imagined trees, the photographs I took and the information and images on the website has been like catching glimpses of a kaleidoscope of my childhood, of a fragmented land that seems to move further away each year. It’s brought them closer together and has made me want to climb more trees and to hunt for adventures – or perhaps it was simply relaxing for a few days that did that. 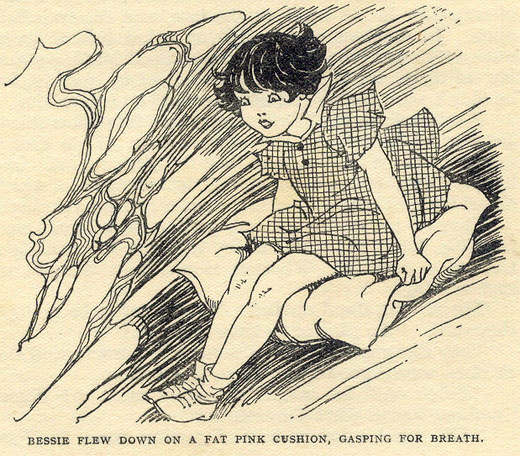 From The Enchanted Wood, by Enid Blyton. Illustration by Dorothy M. Wheeler, taken from the first edition. 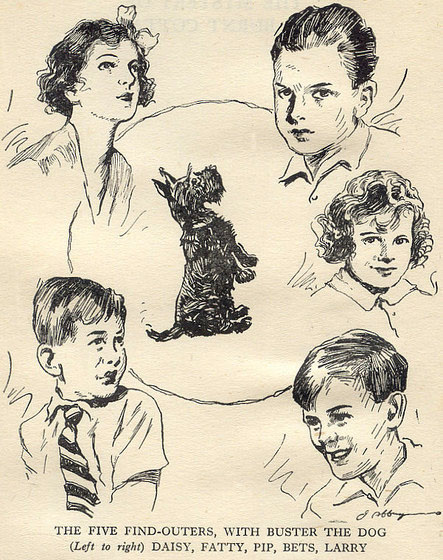 From The Mystery of the Burnt Cottage, by Enid Blyton. Illustration by Joseph Abbey, taken from the first edition.