Despite having had dogs all my life, little did I know what I was letting us in for when I embarked on my cunning plan of acquiring a puppy to keep our half-grown dog company. I’ve had up to four dogs at a time in the past, but these two… wow. Just… wow. Oddly enough, this does remind me of how I felt at times when I had two small human children…

There is endless competition for food, attention, toys, space – admittedly mostly happily, although not always. The puppy’s also taken to bringing as many rocks as she can indoors every day – many of which are really far to big to fit in her mouth. She’s a determined little terror and it’s game-on as she and Molly compete for the latest rock. They chase each other around, through and over all obstacles – including people. Eventually the rocks get annexed and put out of reach to calm things down. The pile on the kitchen windowsill gets bigger every day. 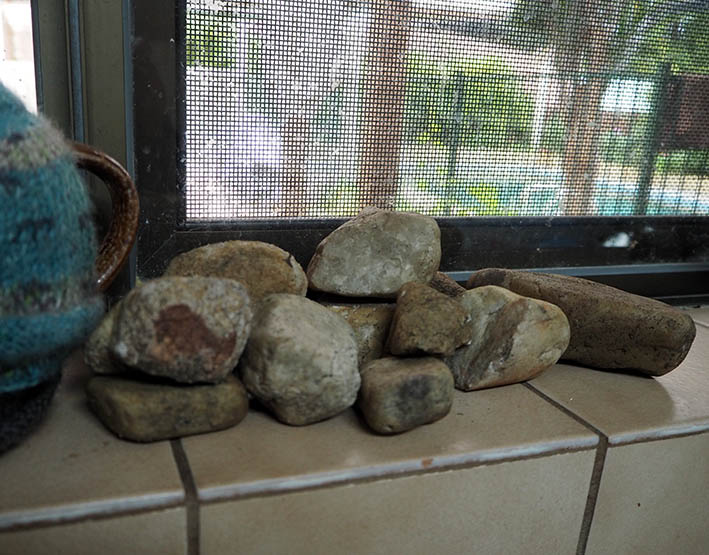 In short, they’re a pair of unholy terrors at present, belting around the house and garden leaving a trail of chaos behind them. And that’s on the good days 😛 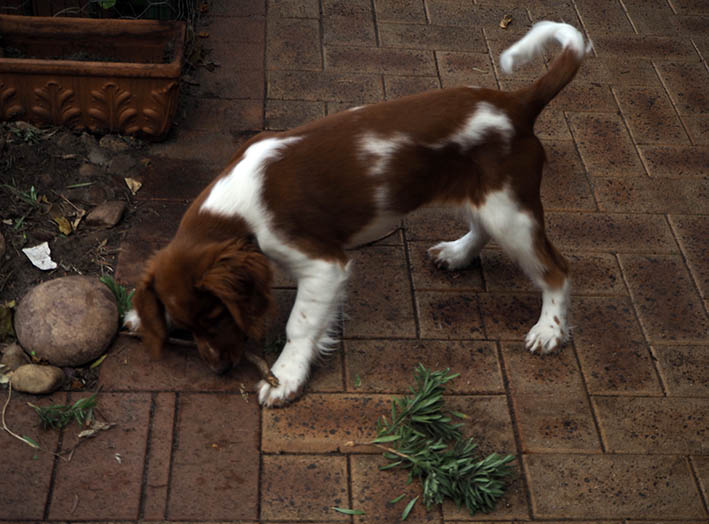 Of course, when the pups are asleep – or cuddled up beside us on the couch – or playing happily with each other without the chaos-factor – or bringing us their toys, my heart melts. Those are the moments when I remind myself about the bigger picture – the one in which they’re both a little older, Cassie’s a lot bigger, Molly’s a lot calmer. They’ll keep each other entertained and I’ll be able to abandon my various Nik-be-calm strategies. Bigger picture. Yup.

For now they’ve conked out  – the sounds of bread dough being slapped around on the kitchen bench is clearly very soothing. It’s also therapeutic 🙂 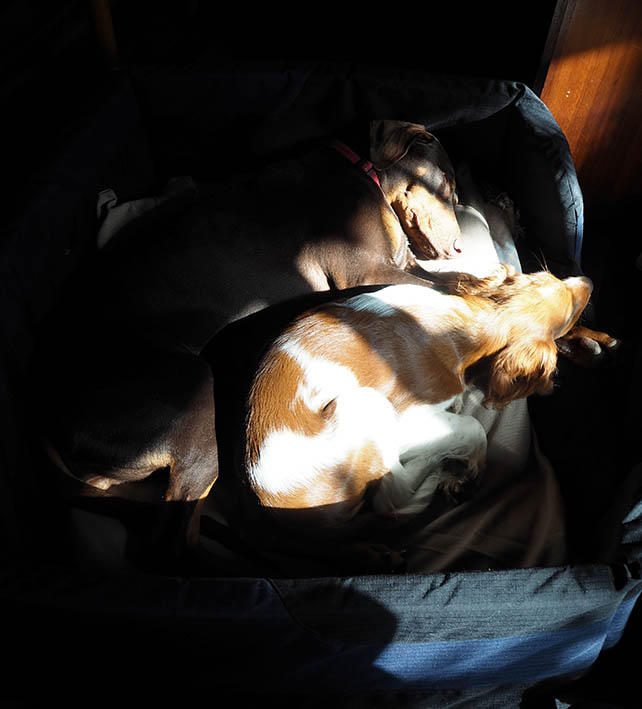