A friend’s baby turns one this weekend, so I thought I’d make a gift for him rather than buying one. I then spent many (!) minutes scrounging around on craft sites, knitting sites and pinterest, hunting for a simple project. As always, I found the sheer volume of ideas for make-and-do overwhelming and stalled out more several times. But in the end I came across some adorable little crocheted animals. It turns out that they’re called amuragmi – and they’re really cute. 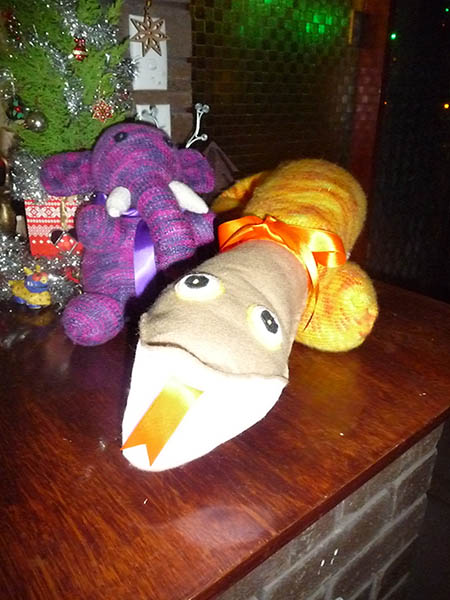 e ago now… and amuragami are quite small… and there are heaps of free patterns available on the internet…. and I managed to talk myself into giving it a go.

The only tricky part, really, is that I’m not really much of a crocheter. I have crochet hooks, but only because I inherited them. To date I’ve made a few granny squares (in the dim and distant past) and a pair of glovens (last week), so making a crocheted toy was an interesting decision. Nevertheless, I boldly chose a simple pattern for a roly poly cat, then set about a YouTube video to teach me how to make a magic loop – which is the first stage of the process.

A few binned attempts later I now have all the elements crocheted and final assembly has commenced. So far the critter doesn’t look a whole lot like a the pattern, but it is kinda cute and I think 1-year-olds tend not to be too judgey, so I’m hopeful it’ll do the trick. Next time a smaller hook size, perhaps, and finer yarn. 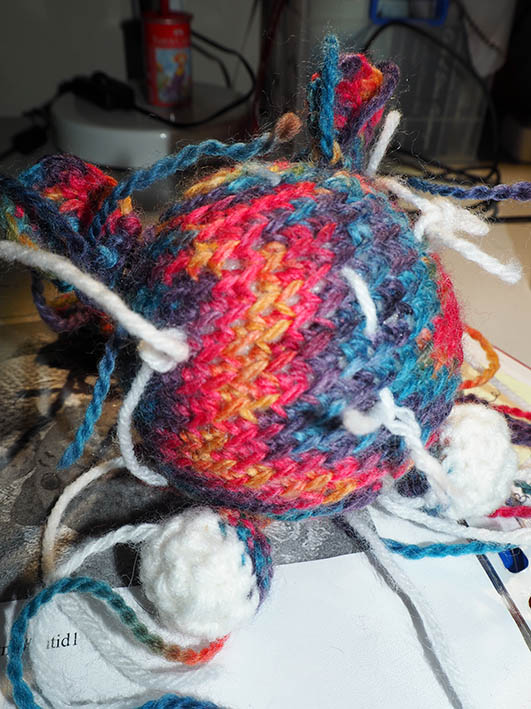