When you were a kid, did you ever wish for something? I mean really, really wish for something – wanting it so badly that your teeth hurt, that you thought about it all the time, that it felt like nothing else mattered? I’d guess most kids do and that the things they long for are as varied as the day is long.

What I really wanted was a bicycle. I had a push scooter, which had served me well, but I was eight years old and felt it was time for a proper bike. I longed for one like my older brothers had, one that was all mine. It turned out that Santa (aka my Mum) was paying close attention, because that Christmas there was a bike under the tree and it had my name on it. It was exactly – exactly – as I’d imagined it. It was shiny and new and black and said Raleigh on the side. It had back pedal brakes and a soft saddle and, most importantly, there were no trainer wheels anywhere in sight. I doubt that any Christmas before or after brought with it such a rush of joy, of fulfilled expectation and delight.

As a parent I duly became Santa’s minion and kept my ears pealed, wanting to be able to create for my children that same sense of wonder and joy. I wanted to be perceptive enough to understand what they really wanted, the things that were core desires rather than whimsical interests in the popular toy of the moment. In many instances I was successful, but in one there was an epic fail.

By the time my daughter was almost six years old she had clearly articulated her firm desire to have a cat of her own. Specifically, she asked if she could get a kitten for her sixth birthday. After giving the logistics of this some thought – we already had three dogs, two guinea pigs and a male parental unit with a cat allergy – I came to the conclusion that it simply wasn’t practical. To soften the blow I suggested that we waited until she was ten, by which stage she would be old enough to feed and look after the cat herself and it wouldn’t just become yet another pet for me to maintain. This sounded reasonable to her and we agreed to do that.

What I didn’t take into account was her tenacity or her patience – she never forgot. As every year passed she’d remind me that she was now one year closer to being ten – and thus one year closer to getting her kitten. She didn’t nag or whine or fuss, just reminded me – in case I’d forgotten…

What none of us took into account was that we would end up relocating from Johannesburg to Perth or that Australia has (and had) one of the strictest set of quarantine regulations in the world. To import a dog or cat into Australia at the time was not only eye wateringly expensive, it also involved lengthy quarantine periods, both pre-export in South Africa and after arrival in Australia. This meant no kitten after all, since it would have to be rehomed when we emigrated – and that, I was told, was definitely not an option. 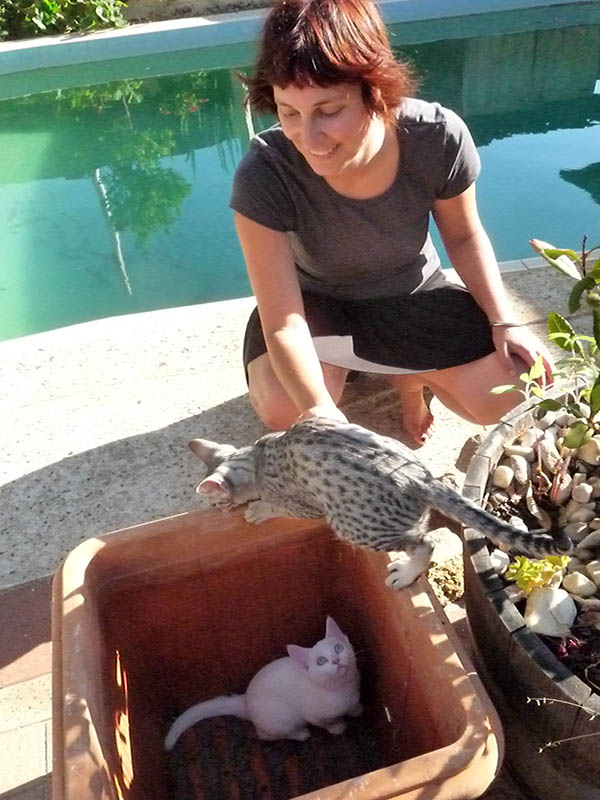 In the end it took a total of 27 years for the kitten dream to be realised – and it’s been a bittersweet joy to watch my no-longer six year old with her kittens, knowing that she’s missed out on so many years of pleasure, so many years of purring. I continue to marvel at her capacity as a child to understand and accept my inability to live up to that one promise, so glibly made and so tenaciously remembered.

Does delayed gratification enhance the pleasure one takes in the rewards later? It turns out that the capacity to delay gratification is widely considered to result in more successful outcomes in one’s personal and professional life, in health and in finances. It develops willpower – or what my Mum would’ve called strength of character. This does make me wonder what might have happened if I’d had to wait that many years for my bike…