Our little Nunzio (aka Cassie) has graduated from puppy pre-school. Yup, appar 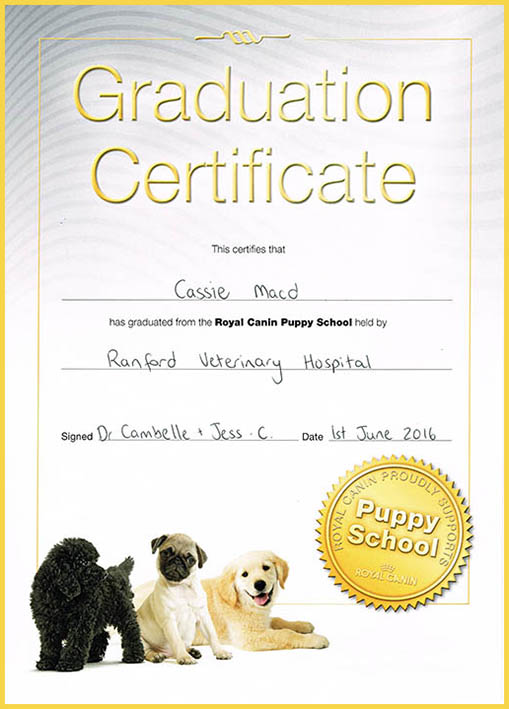 ently puppy pre-school is now a thing. It’s aimed at socialising puppies and teaching them the rudiments of obedience – thus advantaging them when they trot off to ‘big school.’

We cheated a bit, I guess, because we started teaching our puppy to sit, wait and walk on lead right from the beginning. Pre-school added an introduction to ‘drop’ and ‘stay’ – and she’s sort of starting to get the hang of those.

More importantly, by the final session she was interacting with the other puppies quite positively. At the start of the series I’ve an idea she thought they might bounce on her like MissMolly does – and since there were rather a lot of them, this probably had low appeal. So there was a certain amount of hiding under chairs and peeking out.

Next term it’s off to puppy obedience level 1. We’ve done it any number of times (with other dogs), so we already know what to do – but the routine of going to class each week and both puppy and trainer interacting with lots of other dogs and people is a valuable exercise in its own right.

So Himself will be having the joy of dog training at two separate clubs on two separate nights. Ah yes, the joys of dogs… 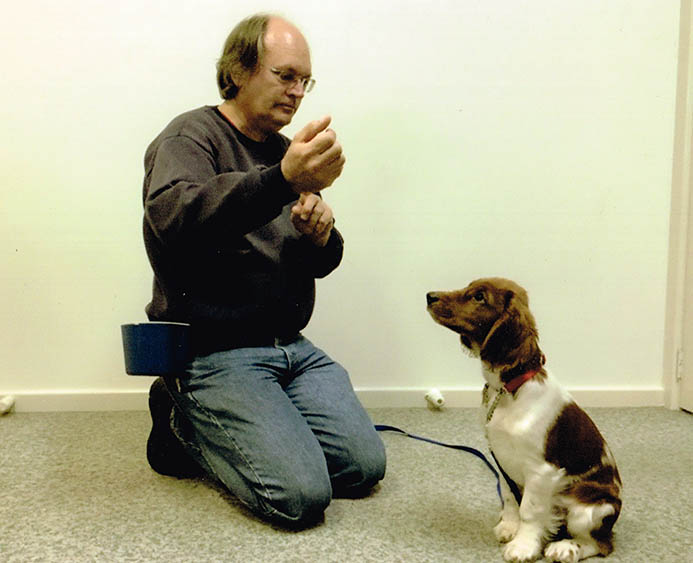