I’ve come to the conclusion that I’m really not cut out to be part of that happy band of people who seem to revel in the process of turning a ‘nice little fixer-upper’ into something amazing. This revelation came to me soon after we decided to embark on a long delayed renovation project. In our wisdom (!) we chose to do the interior and exterior at the same time. Perhaps not the most cunning of plans, all things considered.

Stage one was the removal of a dilapidated in-ground concrete swimming pool. Measuring 4.5 x 9.5 metres, it sloped steeply from 1.2m to 3m in depth. This epic water feature was installed well over 30 years ago and the original owners made a range of interesting choices at the time. These included a rough pebble aggregate surface across the entire interior, which had the dual ‘benefit ‘ of clinging to algae highly effectively and also abrading the knees and elbows of unwary swimmers.

Despite this, we put the pool to good use for many summers. But eventually too much of the aggregate surface was breaking away, some tiles had started to crack and fall off, and the pool surround had dropped. It was clear that the pool was in need of a serious (and expensive) facelift – or removal.

After costing the options, we chose to option three: remove and replace with something more suitable. After traversing the dangerous DIY ground of ‘oh yes, we could just do the job ourselves’ for a while, we went hunting for tradies with skills – and younger backs. They started by demolishing a three metre section of our back wall to provide access for machinery and workers, trucking in vast amounts of soil, building an access ramp (from that soil) to manage the drop from street level. Next came the diamond tipped saws to cut through the concrete and steel reinforcing embedded in the pool shell and brining in an excavator and bobcat to haul away the one metre square sections, each of which weighted about a tonne. 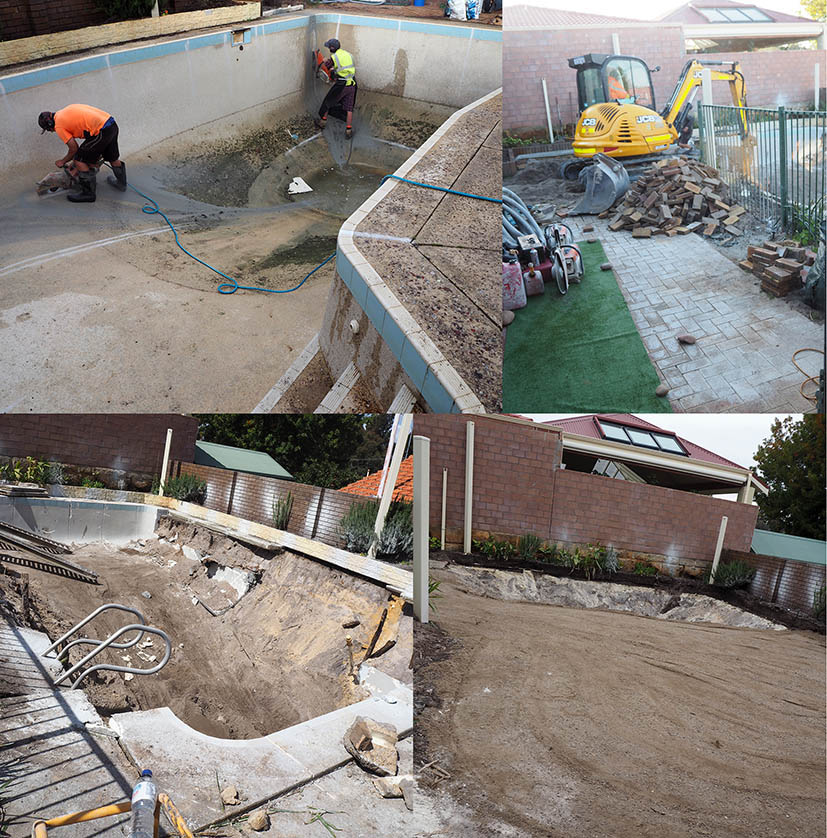 And that was just the start. The entire backyard rapidly turned into a luna landscape and we spent weeks stepping over drop sheets, avoiding paint tins and coping with endless quantities of sand everywhere.  After many weeks of tradie-wrangling, dog management and sleepless nights, things started to take shape. We’re not quite done yet – things simply take longer (and cost more) than expected – but we’re almost there. 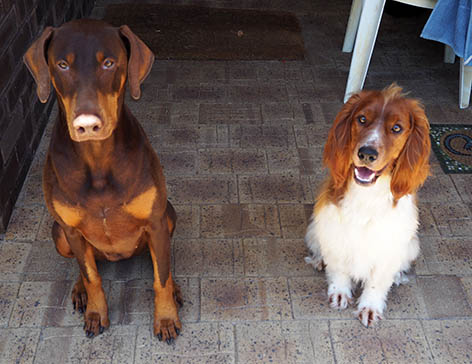 The dogs have coped with all this about as well as could be expected, although the little one did end up needing to see a dog whisperer to manage her stress-induced aggression. And there are certainly days when I know just how she feels, which is partly why I’m so impressed with a friend of ours who has (almost) single-handedly renovated most of her apartment in one month – and remained calm throughout, despite minor disasters such as falling off a ladder and crashing through newly assembled cabinets! 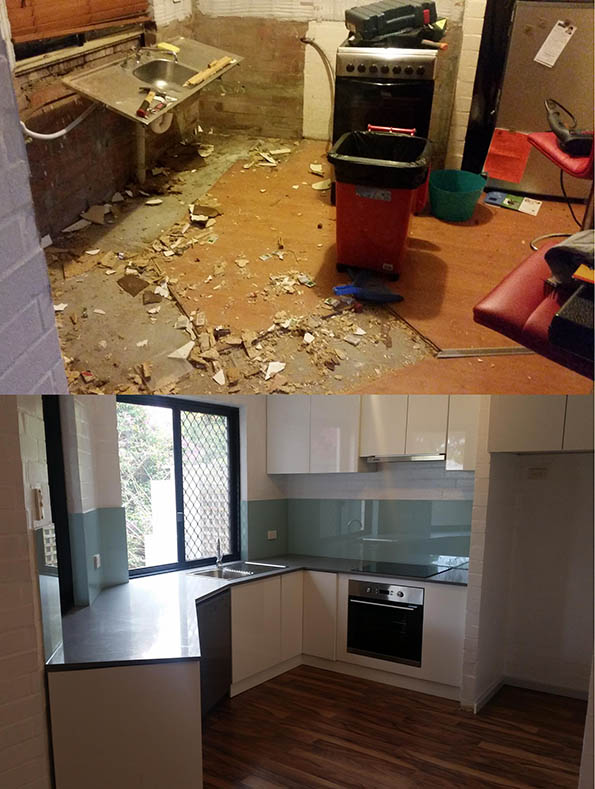