This weekend it was time to harvest all our grapefruit and limes so that the trees can be pruned back. To this end, we bribed Daughter Dearest, Boychilde and their respective partners with lunch… and delicious lime cake. 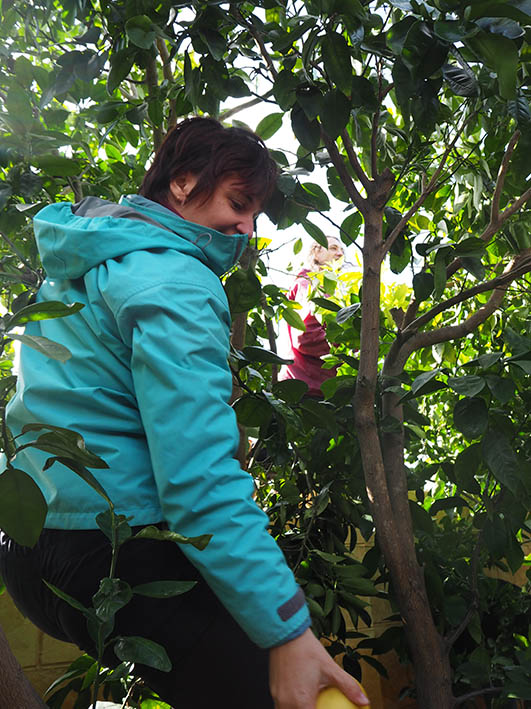 The result was a yield of 220 delicious pink grapefruit and 244 limes… and that’s excluding the dozens that went home with the helpers. 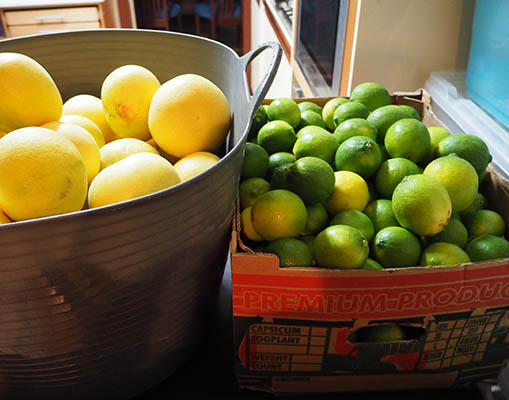 I also juiced three dozen limes on Friday (frozen in ice trays for use at a later date) and used three (yes, only three!) limes in the delicious-cake-of-bribing. And most delicious it is too.

I found many variations on this recipe on the Internet and most of them appear to be based on a recipe from the Australian Women’s Weekly recipe. This is my version, as made to bribe the troops. I’ve simplified it, clarified the instructions (by making the cake!) and I’m sure you’ll enjoy it if you get round to making it.

Preparation
Preheat the oven to 180C.
Line a spring-form cake tin and grease the bottom and sides.

Make the cake
Add all the cake ingredients in a large bowl and beat until they’re thoroughly combined. You can do this by hand but, really, why would you if you have an electric mixer?
Spoon the mixture into a spring-form cake tin lined with baking paper.
Pop the pan in the oven – I found it useful to put a baking tray under the cake tin to catch any seepage.
Bake in the preheated oven for approximately 40 minutes.

Meantime, make the lime syrup:
Add the lime juice, water and sugar to a pan and bring to a simmer, stirring regularly. Add the zest and then simmer the syrup for about 10 minutes – you don’t need to stir it for this period, but keep an eye on it.

The final touches
When a lovely golden colour and firm to the touch, remove it from the oven. Take the cake out of the oven, but leave it in the cake tin.
Using a skewer, stab little holes all over the top of the cake.
Now spoon the hot lime syrup over the top of the hot cake, allowing it to seep in between each spoonful.
Leave the cake to cool, remove from the cake tin (making sure that the syrup hasn’t stuck the cake to the sides…!) and serve.
The cake keeps quite well because of the almond meal, but it seldom has a chance to do so!