Being super busy wasn’t the plan. It just sort of evolved that way, sneaking up on me with each new commitment I’ve added to the existing glom. But trying to fit all the things and all the people in all the time has gradually resulted in days being largely indistinguishable from one another in the flurry of work / life / dog-wrangling, etc.

In the past, periods of self-inflicted busyness of this sort ended up with my best creative work being done in the wee smalls… those times when the rest of household is generally asleep. But this has fallen by the wayside over the past months, largely because I’ve simply been too knackered for many 4am gigs. Those I have managed haven’t been unduly successful, since one or both pups usually decides they’re sooo lonely (aka needing attention) and hunt down some quality lap-time. At my desk. In front of my computer. Cute, but not productive. 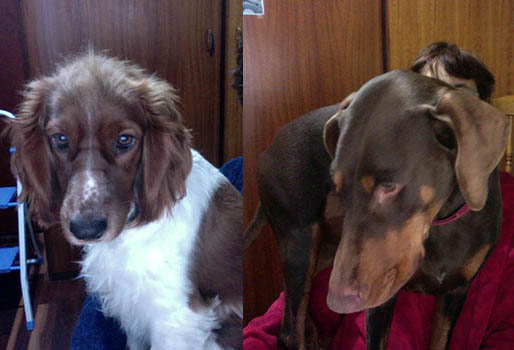 Lately this means creativity’s been reduced to what I make for dinner and/or how much (practical) productive activity I can manage to magically squeeze into my complicated work/life arrangements. Not ideal, but – eh – life.

Then, this week, I spent a day doing data entry down the coast. Although it’s not my usual day job, the morning started off pretty much the same as any other: puppy chaos, a wild scramble to be ready on time and a hasty goodbye kiss at the door. Then I headed  out to brave the back-to-school early morning traffic.

When I reached the first set of traffic lights, I leaned over to press play on my audio book. Shock-horror-gasp! I’d managed to leave my beloved travel companion behind. Rats! And I was so ready for next chapters in The Rivers of London saga by Ben Aaronovitch. Without Kobna Holbrook-Smith to keep me company on my drive, the day suddenly felt drab. 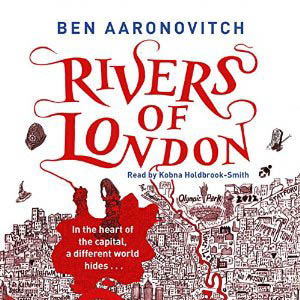 Even so, I prefer silence to morning radio and I resigned myself to letting the parts of my brain that would otherwise be listening to the adventures of Police Constable Peter Grant do as they wished. And what they did was notice things.

I found I was looking around, observing, categorising… and ideas were popping up. This was familiar ground. A few years ago this was my standard route to work. I’d drive to the coast in early morning traffic contemplating something I’d seen or heard, putting it together with other mental notes and turning them into new puzzle pieces to niggle at. In point of fact, I used to do this whenever I drove anywhere on my own. More often than not,  the puzzle pieces would shape themselves into blogposts, writing projects, outings and social events, craft craziness and so on.

This brought Murdoch University’s new Free Your Think advertising campaign to mind. The catch phrase in the ad (free  your think) shapes think as a noun, rather than a verb, and it occurred to me that my (creative) think has actually been, if not imprisoned, at least hibernating somewhere for far too long – and definitely needed freeing.

No wonder I’ve felt as though I’m flailing around in a fog… my think was trying to find its way out into the light of day!

By the time I reached my destination, we (my think and I) were well on the way to getting reacquainted. We’d given each other the once over, received tentative nods of recognition, spent some time reminiscing and even elicited promises to to get together again soon.

So: hello Think – I didn’t know it, but I missed you. You’re formally invited back and your place at the table is assured. Turn up whenever you’re ready. I’ll be here. 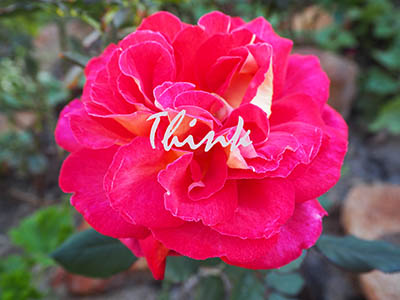