Growing edible plants – as well as or instead of purely ornamental ones – is something that many, many Australians have been doing for decades. A recent study by Australian Institute quantified just how many ‘many, many’ actually is. According to their research, 52% of Australian households produce garden crops of some description. Most of these crops (74%) are produced in back (or front) yard veggie patches and include herbs, vegetables and/or fruit trees. A much smaller number of households have developed verge gardens (13%), grow balcony plants (12%), or are involved in community gardens (1%). Whichever way you look at it, there’s a lot of productive gardening going on in Australia.

Until fairly recently I fell squarely into the 74%; my raised garden beds and mini orchard keep us in cherry tomatoes, basil, mint, spinach, citrus, plums, pears and a few other seasonal crops. Maintaining the mulching, fertilising, pruning, crop rotation and watering keeps me and various lucky minions well and truly out of free time. So why on earth have I set the whole attempt-to-develop-a-verge-garden thing in motion?

Party it’s the endless, pointless and unrewarding mowing of the verge. Because we have a corner block, it’s a very wide verge, and because we’re on a hill, it’s a very steep verge. It is also ‘graced’ with a couple of Corymbia ficifolia (red flowering gum trees), which drop a surprising number of large gumnuts. These factors combined make mowing it a slightly daunting prospect (for me) and seem to carry a surcharge (for contractors). Then there’s the ongoing damage to the reticulation when parents doing their school run drive over the well-disguised sprinklers (yes, we live opposite a primary school), or the infrequently used mower does the same.

Having attended a number of permaculture and water-wise workshops over the past few years, I eventually concluded that it might simply be easier to remove the grass. Not only would I not have to think about mowing/finding someone to do it affordably long-term, it would also mean that our helpful neighbours wouldn’t feel that they need to randomly employ a contractor on our behalf from time to time to tidy things up. 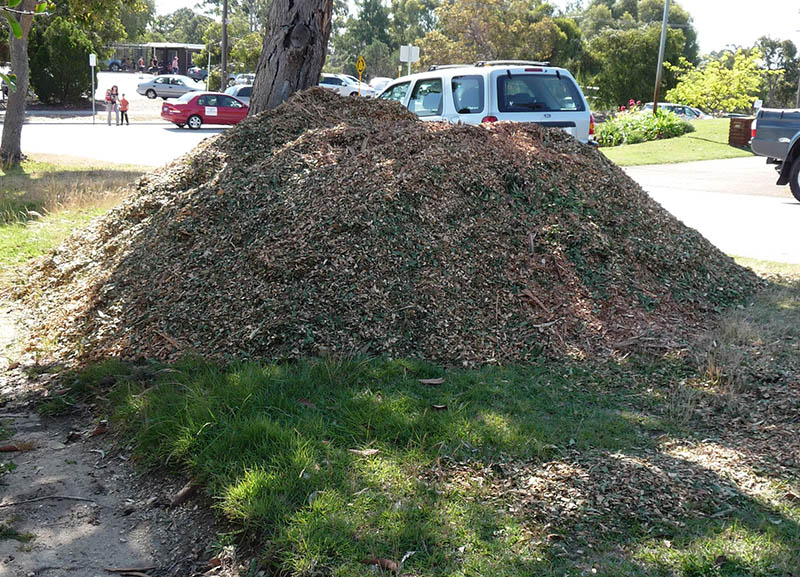 As phase one of Operation Verge Garden, I ordered five cubic metres of mulch. The overly enthusiastic contractor delivered 10. That’s a lot of mulch. A lot. By the time we’d spread about half of it around our fruit trees, on the veggie garden and on part of the verge-garden-to-be, our backs were stiff and sore and enthusiasm was starting to ebb. Then one of the gum trees succumbed to long term (untreated) tree rot and had to be removed from the middle of the remaining mulch. 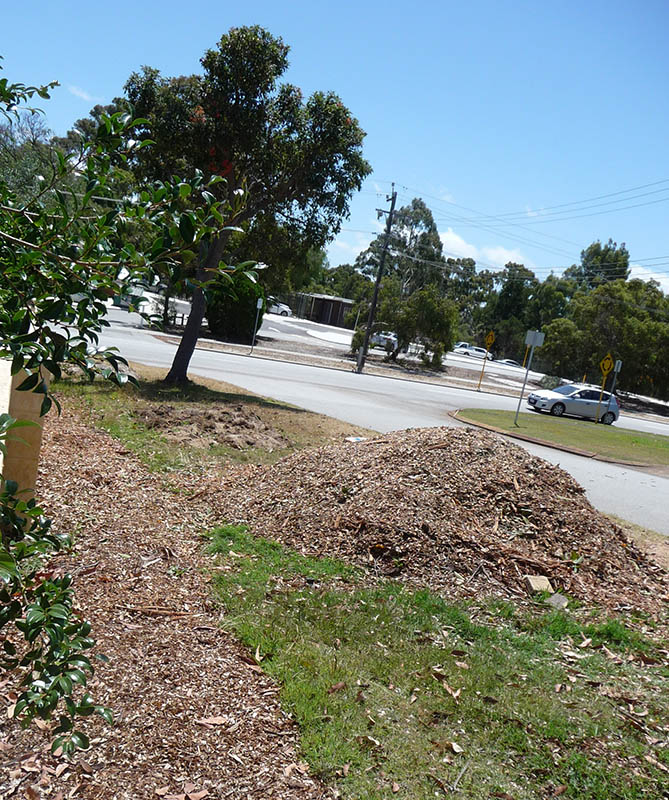 More help was recruited to get the rest of the seemingly never-ending mulch pile moved and spread. In retrospect it would’ve been a good idea to put some cardboard down under the mulch first, as this would have limited the amount of light getting in and probably killed off the grass more effectively. If I’d found this publication by Russ Grayson  a little sooner (or listened to my permaculture/greenie daughter), things may have been a tad easier – but, as with many things garden related, it’s been a learning curve for us all.

A few very hot months have passed since the project started and not a lot of verge garden has emerged in that time. We did plant a loquat tree, however, and that’s thriving quietly. We also planted a variety of seeds, just to see what sorts of things would make it through the summer with very little water or attention. It turns out that sunflowers and pumpkins are the stand out winners.

I did give some thought to the possibility of theft or vandalism to plants and crops when we started on all this, but decided that I’m not really too concerned. I’m reasonably confident that most locals who see veggies growing on the verge will be interested and engaged, rather than destructive and vindictive. Perhaps they’ll even fell inspired to do something similar on their verge. I remain perennially hopeful about the nature of the human animal.

Now that the weather is starting to cool down a little, it’s probably time to start cropping the pumpkins and thinking about what we want to grow through the autumn and winter. 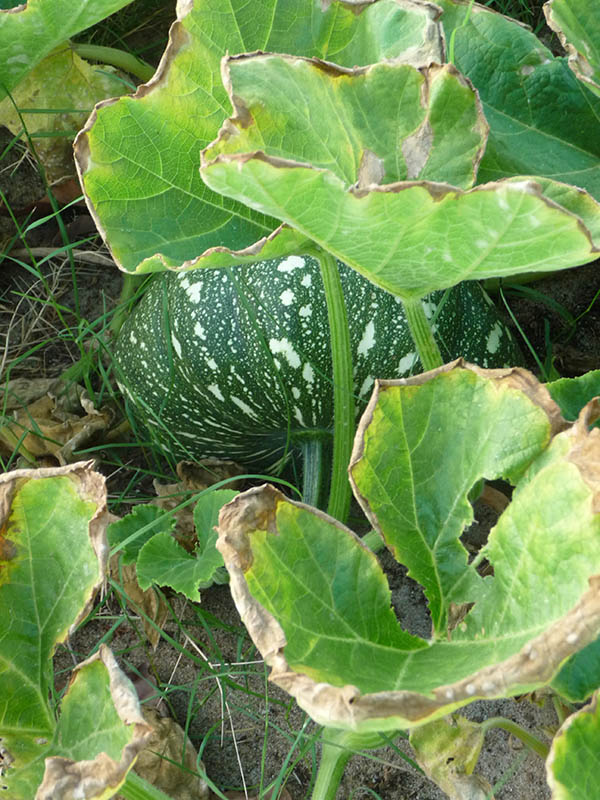