Early this year I attended my first plastic-novelties party (as my family so charmingly calls them) in over a decade. At the time I was very interested to see how popular Tupperware still is – or is again. Whilst it certainly is both a reliable and attractive product, does that warrant the cost? Does Tupperware work hard enough to keep their market share?

Despite some ambivalence on these questions, I recently found myself inviting 20 or so friends over for a demonstration of the new summer range. We watched the young demonstrator prepare and bake a (delicious!) one-cup coconut and sultana slice, which cleverly showcased the new baking range and promoted it rather effectively. However, since I’d hosted the demo as a favour-for-a-friend, there was no pressure to purchase anything – and this may have added to the relaxed ambience. It turned into a pretty rowdy afternoon of chit-chit, tasty treats and amused reminiscing over past Tupper-experiences. 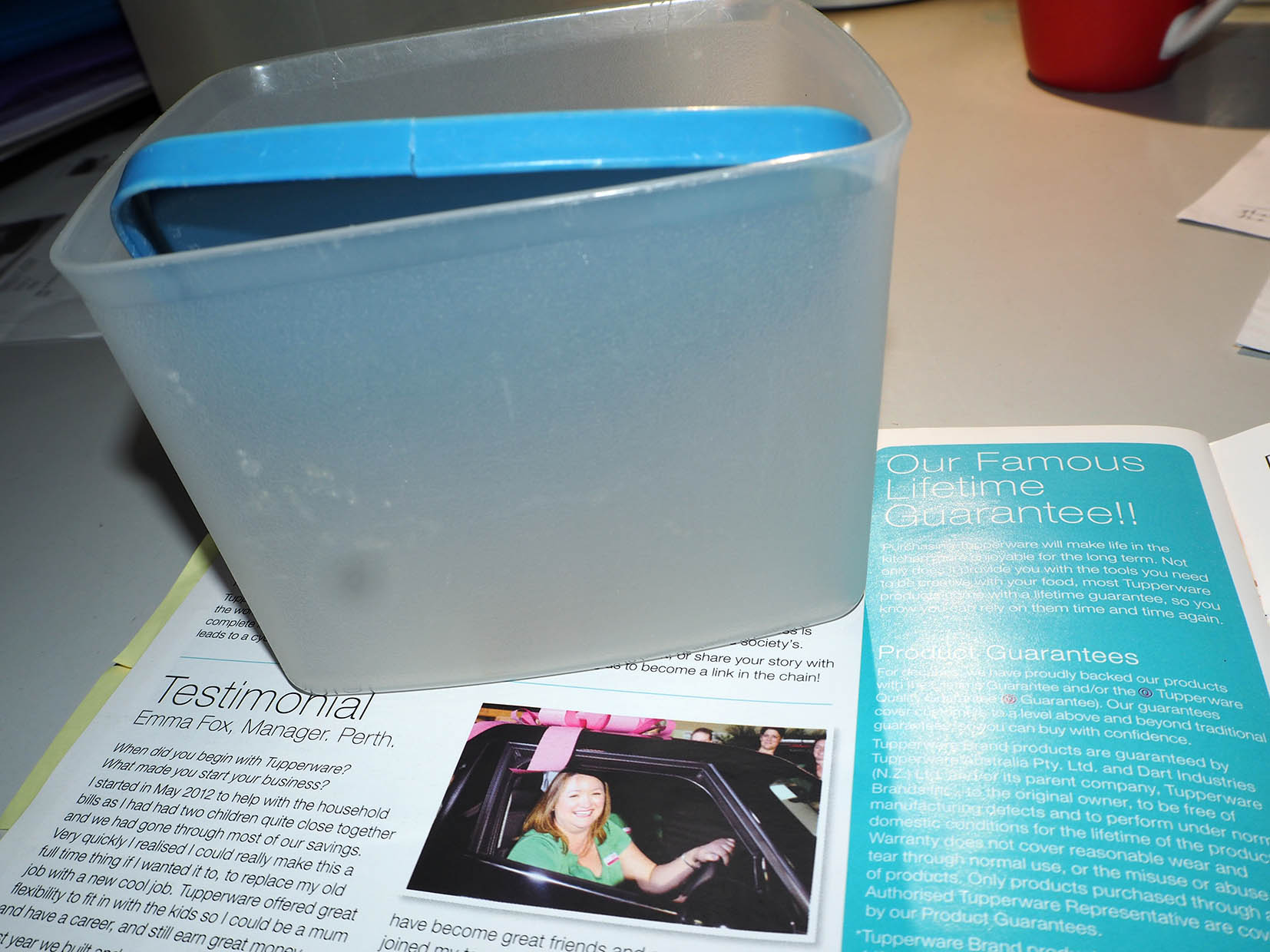 A few people had taken the opportunity to bring along damaged items for replacement, but found out that this is now all done independently by customers online. The process sounded pretty straight forward so, bright and early on Monday morning, I duly went online to arrange replacements lids for a couple of my storage containers. Both are fairly venerable and the lids have developed small cracks in the corners, an eventuality covered by the “famous lifetime guarantee”.

What actually transpired was an enormous amount of dissatisfaction, time-wasting and heightened levels of irritation. I ended up sufficiently irked to compose a letter about the new “improved” replacement policy on the lifetime guaranteed goods and to email it off – still in high dudgeon. 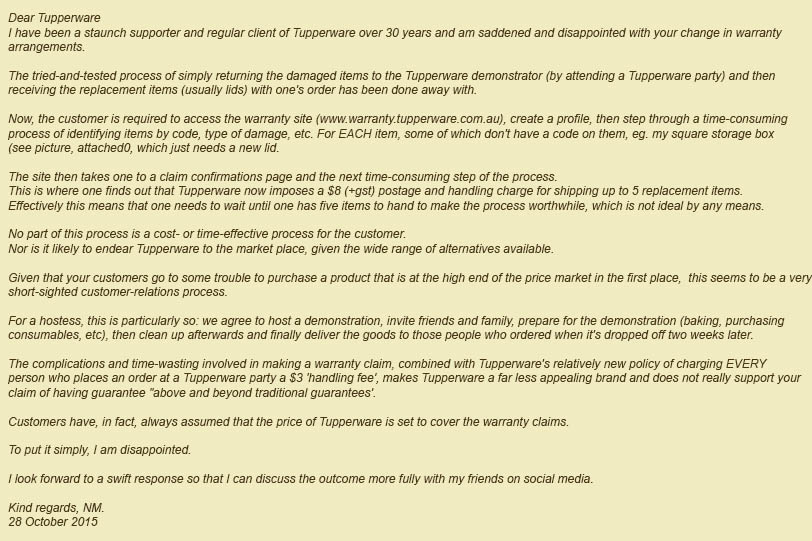 After four days of no response, I did indeed turn to social media. I tried commenting on Facebook and also adding comments where other people, similarly irritated and dissatisfied, have voiced their opinions. Still no response.

If anything, the company seems to be doing a great job of devaluing a brand that’s worked effectively for decades (despite increasing competition in the market place) and alienating long-term customers. This is, at best, shortsighted.

If you’re of a similar mind on this topic, you could trying adding your voice to those already out there by putting a message up on the visitor comments section Facebook page – and by scrolling down and LIKING the relevant comments from others.

It’s time for Tupperware to earn their market share, rather than assume it’s secure.