Over a thousand people gathered in Forrest Place in the Perth CBD recently. Strangers, we came together in the hopes of making a powerful statement to government and to the broader population, using silence as a means to protest the Perth Freight Link project and its impact on the Beeliar wetlands.

Beelier Wetlands is part of the greater Beeliar Regional Park, which extends for 25km along the coast, south of Fremantle. It covers about 3,400 hectares and comprises 26 lakes and a number of wetland regions. The Perth Freight Link – known as Roe 8 – has become a major election issue. The current Premier is determined to see it through, despite clear flaws to the planning and tendering process, repeated breaches of environmental conditions and ongoing public outcry.

A range of protest action has been underway for some time and, with state elections less a month away, the pace has picked up. The objective is to halt – or at least slow – the project in hopes of a change in government on March 11 and subsequent policy change on this issue. 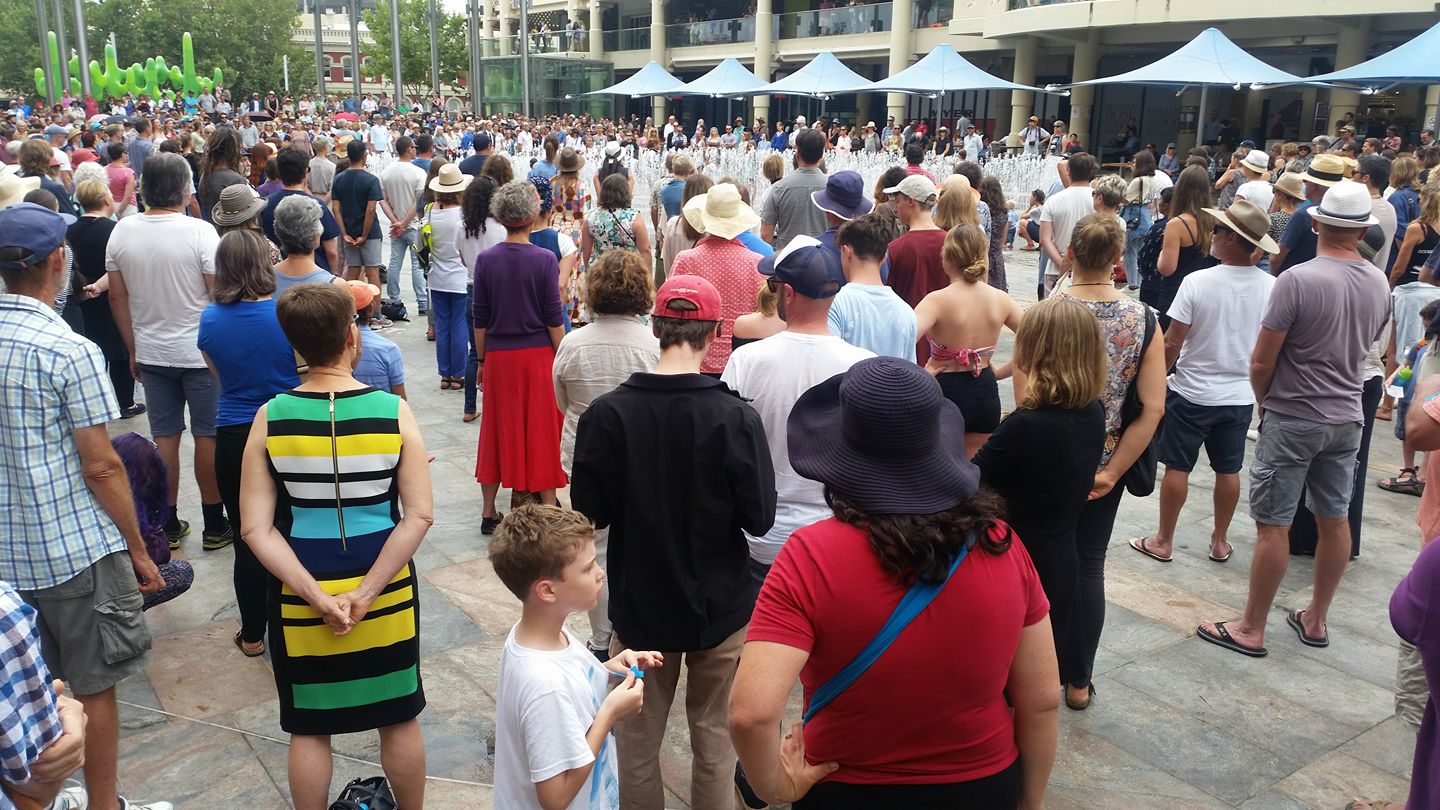 ‘What are you watching?’ someone called out from the balcony overhead.
I wanted to shout back, ‘the incremental, ruthless decimation of beauty!’ – but I didn’t.

Standing in that well of silence in the middle of a busy city was a remarkable and humbling experience. The rumble of traffic behind us, the people-noise from the Sunday Hawker’s market on the other side, and a gaggle of happy kids playing in the fountains in the middle – it all highlighted the  well of silence surrounding 1,000 people.

Silent protest isn’t something that comes naturally in this world of constant noise, activity, mobile phones, internet and people – so many people. Can silence work where vocal outcry and physical obstruction appears to have failed? I don’t know. But what I do know is that when that many people are prepared to give up their Sunday afternoon and stand together in silence, it speaks volumes.

At least to those who are prepared to listen. 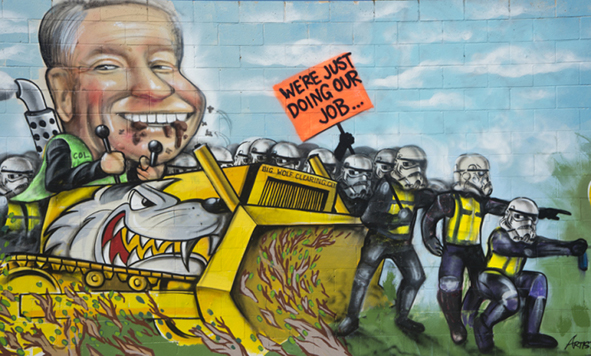 This amazing street art went up Stevens Street Reserve in Fremantle last week to draw attention to the issue. Sadly, it was defaced by vandals within days of being painted. Perhaps it’s a little too close to the bone for some?

Whether the combination of our silent protest, the wall art, the determined and committed protesters on the ground on the Roe 8 site and support in the Senate in Canberra make a difference, the reality is that nothing fails more surely than NOT TRYING.