We attended our first ever house concert this weekend – and what a joy it was! Mikaela and Stephen Castledine hosted a very enthusiastic crowd of over 50 people, who filled their house with laughter and song on Friday evening. 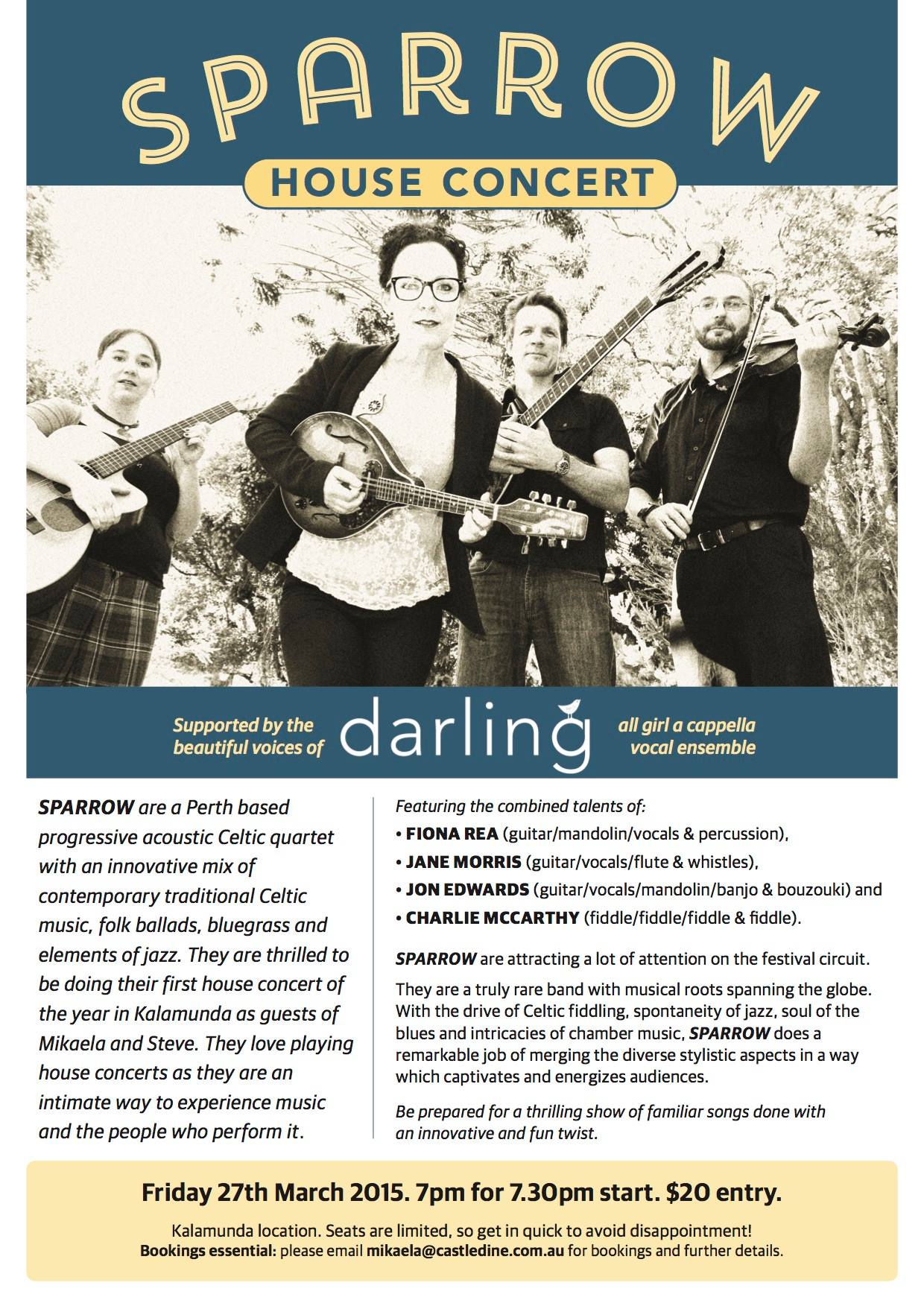 So what exactly is a house concert? More than anything else it’s an opportunity to enjoy music in an intimate setting, usually in someone’s home or garden. It’s an informal and very sociable event, with most people being friends or acquaintances of the hosts.

For an event of this nature to work, there are any number of logistics to consider, ranging from the capacity of the house to the selection of musicians and what their fee might be. Then there’s whether or not to have a lead-in act, how to publicize the concert, how and where to sell tickets and the complicated juggling act involved in getting the crowd seated in time to start the music.

The Castledines managed all of this with panache. Although house concerts often don’t provide much in the way of sound systems, thanks to a family friend this one was completely plugged in. There was only one very brief power outage, but Sparrow had been warned that this might happen and simply carried on ‘un-plugged’ without breaking stride, much to the delight of all. Most people took along food/drink to share, which added to the sociability of the evening, as did the very generous catering and outgoing manner of the hosts.

Seeing just how much work they put into preparing for the concert, it would be easy to wonder why they would even consider hosting such an event. The answer was there on the night, however. The happiness quotient in the room was very high, both on the part of the (very interactive) audience and the musicians. It was a pleasure to listen to Darling, who will undoubtedly go on to greater things. Fiona Rea, Charlie McCarthy and Jon Edwards from Sparrow seemed delighted with the response that they received from the crowd. Apparently we (the audience) have lovely ‘fronts of heads’ – this from Fiona, who said that they often play in pubs and mostly to the backs of people’s heads, which are not nearly as responsive 🙂

I could blather on ad nauseum about the wonders of finding a bouzouki player in a Celtic band, about the extraordinary fiddle playing of Charlie McCarthy and the joy of Fiona’s vocals, but instead I’ll just say that I take my hat off to the hosts and the performers – and can’t wait for the next one! 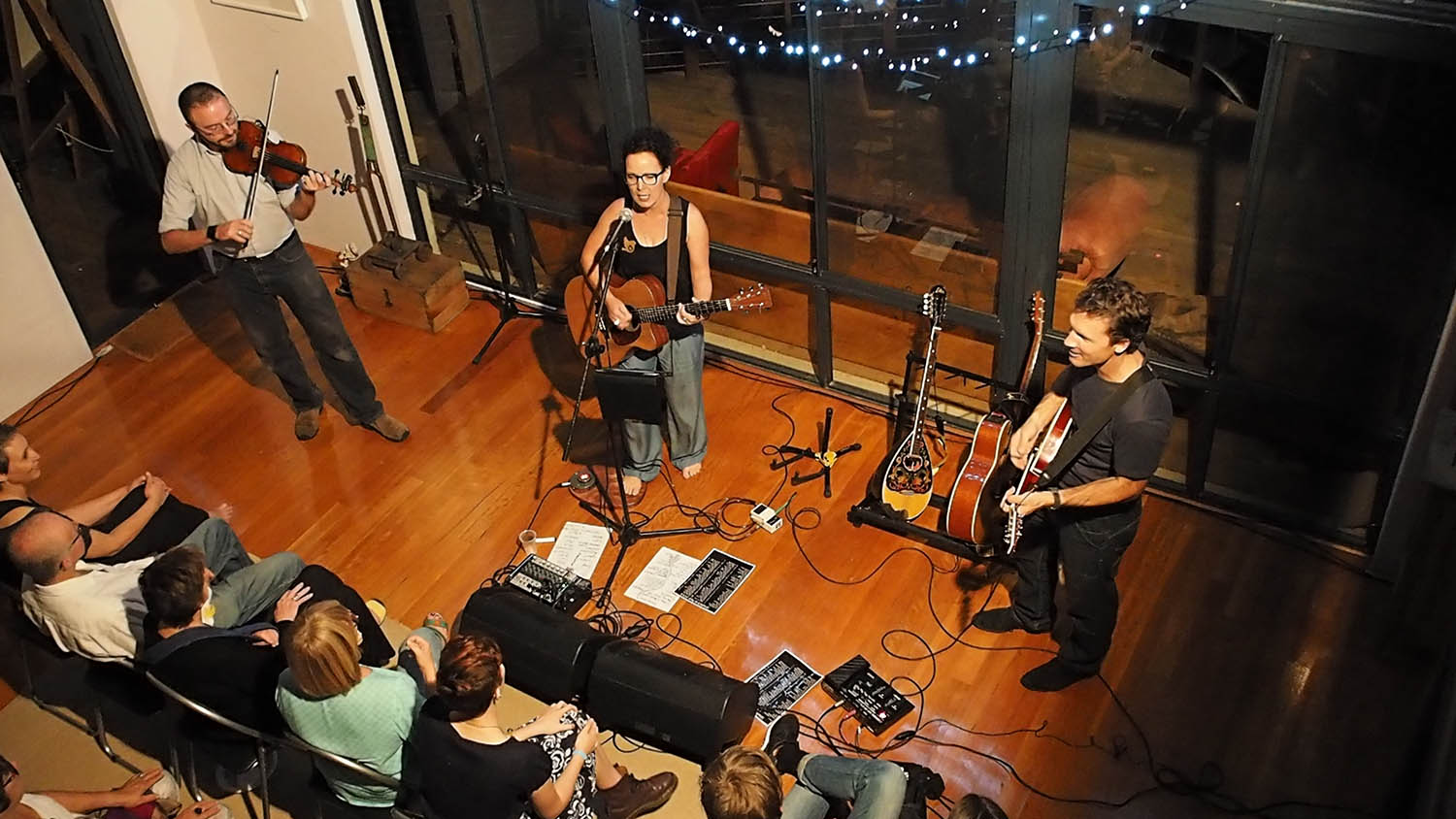