Have you ever had one of those moments when, no matter how logical it may be, something you’ve heard or read or watched simply didn’t make sense? At our place we call it being ‘hard of understanding’ – it’s a polite way of telling someone that they’re being slow on the uptake.

This week I had just such a moment – or, more to the point, a series of moments. I tried using YouTube to learn how to do something called a provisional cast on. It’s a knitting thing – and is touted as being a most cunning cast-on technique with many applications. Whilst I’d heard about it from time to time from extreme knitters, I’d never found any need to figure it out. Until now. 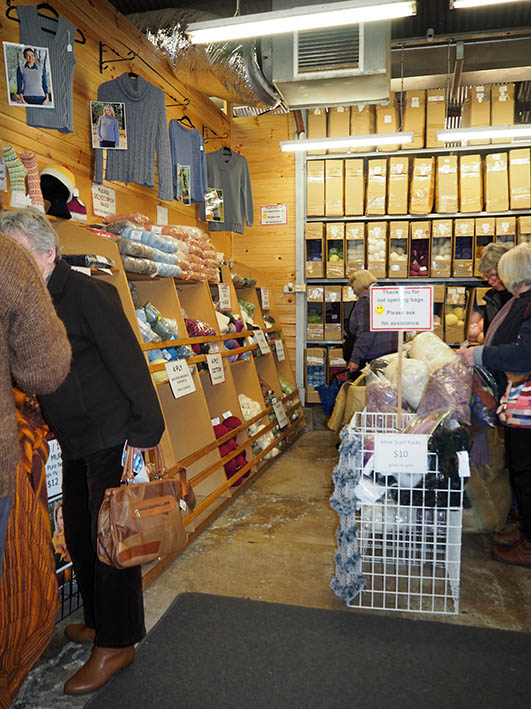 To make a short story long, I’ll rewind to July last year for some context. That’s when I trotted off to the Bendigo Sheep & Wool Show with my sister (an extreme knitter). She’d talked wistfully about wanting to go to Bendigo for a number of years and had waxed lyrical about the Aladdin’s cave of the fabled ‘back room’ at Bendigo Woollen Mills. I confess I was curious – particularly about the cave – and it seemed a good way to celebrate her retirement. So off we went for a few days of woolly, touristy fun.

On our second night we had dinner with a number of other knitters, many of whom were originally from Perth and stay in contact via email, Ravelry and the Bendigo weekend. I ended up sitting next to Nan Bray, the force behind White Gum Wool – and not from Perth. She told us a little about her journey from marine science to sheep farming and luxury wool production while we tucked into some local fare. Nan mentioned that the scarf she was wearing was an example of her new range ultrafine 12ply bouclé yarn. Although she explained that it was made from 14.8-micron lambs wool, I didn’t really grok what that meant until I felt it. It was silky smooth, delightfully soft and so squishy and touchable that if she’d had any for sale I’d have bought it on the spot – and I am not an impulse purchaser by any means.

So the next day I made it my mission to hunt down the White Gum Wool stand at a woolly-event. I was disappointed to find that the colour I’d fallen in love with (hawthorn) was sold out, but decided that I really needed some of that yarn – just to pat and cuddle. So I simply chose the next best option and bought a single 100g ball of Ultrafine Quarrystone Bouclé – and cuddled it all the way home 🙂

Now, a year later, cuddling the ball whenever I hunt through my stash of yarn is not enough. It was time to knit something that I could actually use. Luckily Ravellry came through (as usual) and  I found a pattern that uses exactly one ball of bouclé. 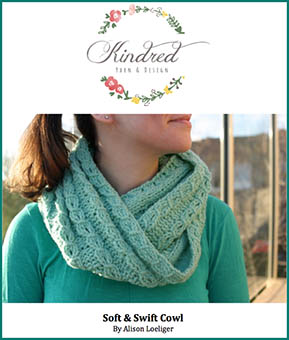 But…. the starts with a provisional cast on… Fortunately there’s a veritable plethora of short instructional videos available on this topic online. I watched seven, yarn and needles in hand, pausing, replaying, pausing – until my brain overheated. It’s not that the technique is especially tricky, but it is fiddly – and the flying fingers and rapid instructions from the demonstrators, with no slow-down option available, made success problematic and reverse knitting my forte.

Much time, all (!) the videos and several scrapped attempts later, I eventually achieved success. But by then I’d concluded (a number of times) that I was a)definitely hard of understanding on the instructional video front, and b)never going to be an extreme knitter! Nevertheless, my deliciously squishy scarf is almost halfway there – although this does mean I’ll meed to revisit the land of scary how-to videos at some point to remind myself how to do Kitchener stitch to join the ends together… I see more hard of understanding moments ahead this week.