Haul out the Holly…

I’ve been wondering whether, at some point, ‘festive spirit’ becomes something one hears tinkling over the speakers in shopping malls, but is somehow unable to relate to. Does the jollity gradually begin to ebb, leaving us with comfortable memories of Xmas-past and no overwhelming desire to try to replicate them?

Perhaps context is a key element…

If one is a churchgoer, for example, then the religious symbolism probably provides its own kind of build up to the event: an always-already-there bye-in, as it were.

If one has children (or grandchildren), then there’s usually a certain frisson of excitement around the notions of decorating the tree, finding the right gifts for the littlies and, of course, visits from Santa.

Then there are those who spend time with extended family (or adopted family), where the drivers might be the fun of planning menus and of exchanging gifts and reconnecting with loved ones.

I imagine that any or all of these tend to make the endless carols in shopping centres just part of a greater whole.

So why did I find myself singing ‘I need a little Xmas, right this very minute…’ under my breath en route to the city this week and feeling not the slightest bit jolly? After all, I fall into two of the three categories, my (now adult) children, (quasi) grandchildren and extended family the very essence of what makes Xmas for me.

The festivities generally rotate between our house and that of Sibling#2. Given that this year it’s our turn as hosts, I would usually have crossed most things off my inevitable lists by now. Xmas stockings and other gifts would have been organised, the menu planned, the annual family letter would be underway and a number of handmade cards completed and waiting to go out in the mail.

All that I’d have left to do is to decorate the tree on December 16 (a family tradition), a flurry of last minute baking and some shopping for perishables, drinks and the like a few days before the event. At a push I might also need to make the odd foray for a couple of oh-my-gosh-extra-gifts if extra people end up invited to lunch.

But not this year…

… and I eventually got it! For the first time in forever (well, since I moved out of home at the age of 19) I am an observer. I’ve actively stepped back from all catering and hostessing arrangement for Xmas day – despite our house being the venue for the family gathering.

After the festivities last year, I suggested to the offspring that 2015 might be time for the baton to be passed on.

It went something along the lines of, ‘Perhaps you guys could organise the menu and sort out catering and so forth for me next Xmas… what do you think?’

‘Fair enough,’ was the response. ‘We’ll sort it out between us.’

In due course (about six weeks ago) they convened a meeting and, between them and their respective partners, decided on a menu and timeline. A couple of weeks later they issued invitations to all the usual suspects (including Himself and me) and roped their cousins et al in to help with the catering. Clever munchkins!

The upshot of all this is that I don’t need to be particularly organised this year! I can use this last two weeks to shop for gifts, pretty up the tree and get Himself to string up heaps of coloured lights.

Once I realised all this, I suddenly felt quite Xmassey! It’s not that I’m not in the mood or that the jollity has ebbed; it’s just that the mood’s been on hold.

After this little epiphany, I got stuck in and made my cards, bought a few gifts and have arranged to trot off to a family carols evening. To paraphrase Johnny Mathis, I seem to have found a little laughter, found a little singing, found a little Xmas-time 🙂 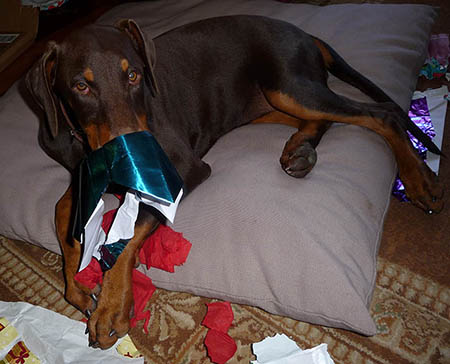 2 thoughts on “Haul out the Holly…”