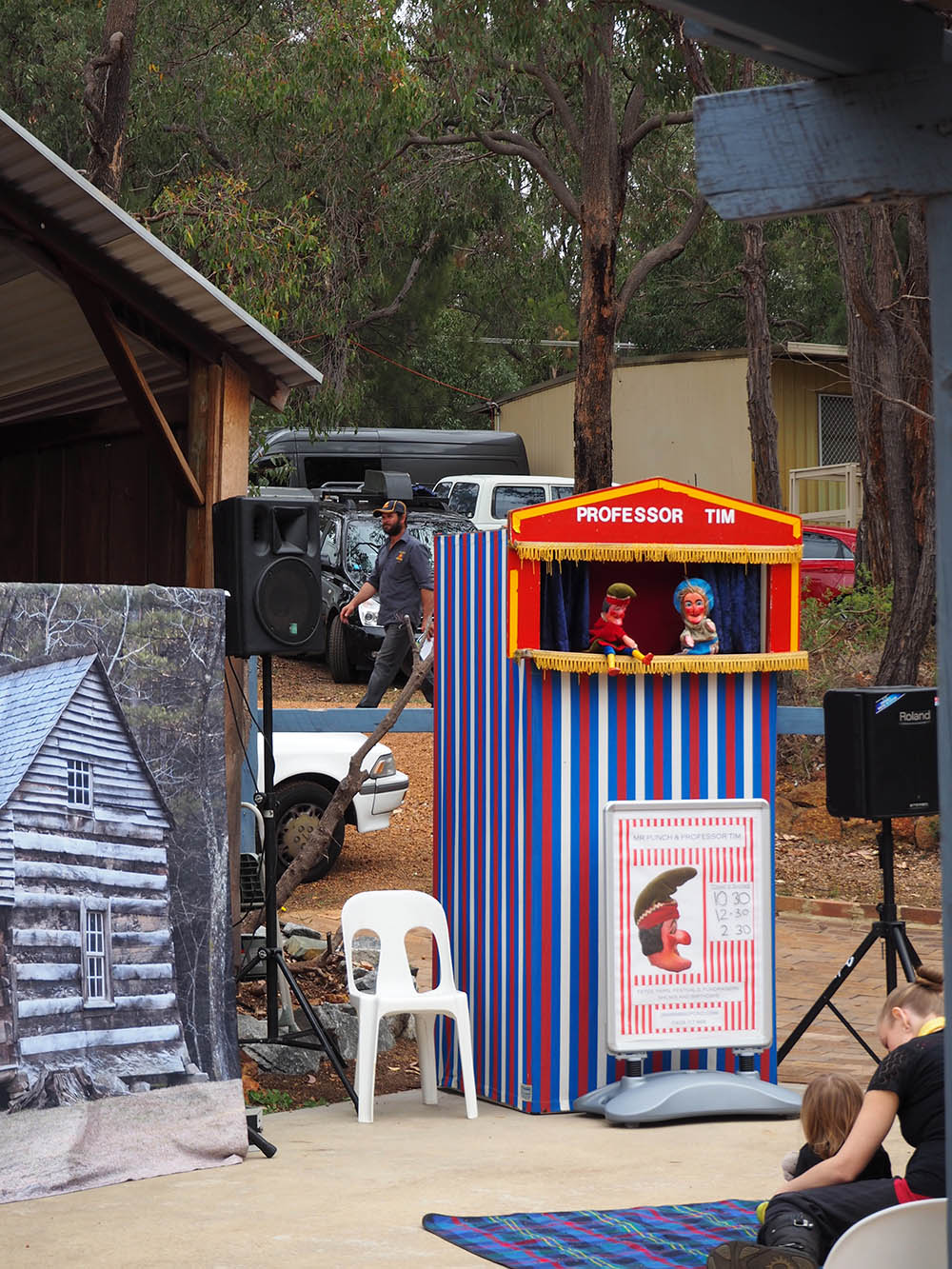 On Sunday we headed off to Gidgegannup to enjoy the annual Small Farm Field Day. It was a day of talks and demonstrations on sustainability, an opportunity to try some local produce and to see our friends Tim and Bronwyn in action presenting a Punch & Judy show. With various kinds of goats and poultry, lots of beautiful alpacas, a camel train, llamas, working dogs, ponies in abundance and a petting zoo, it was definitely my critter-fix for the month. I was quite captivated by a baby pig that snuffled around in a very friendly sort of way and considered – however briefly – the merits of getting a tiny little piglet of my own… 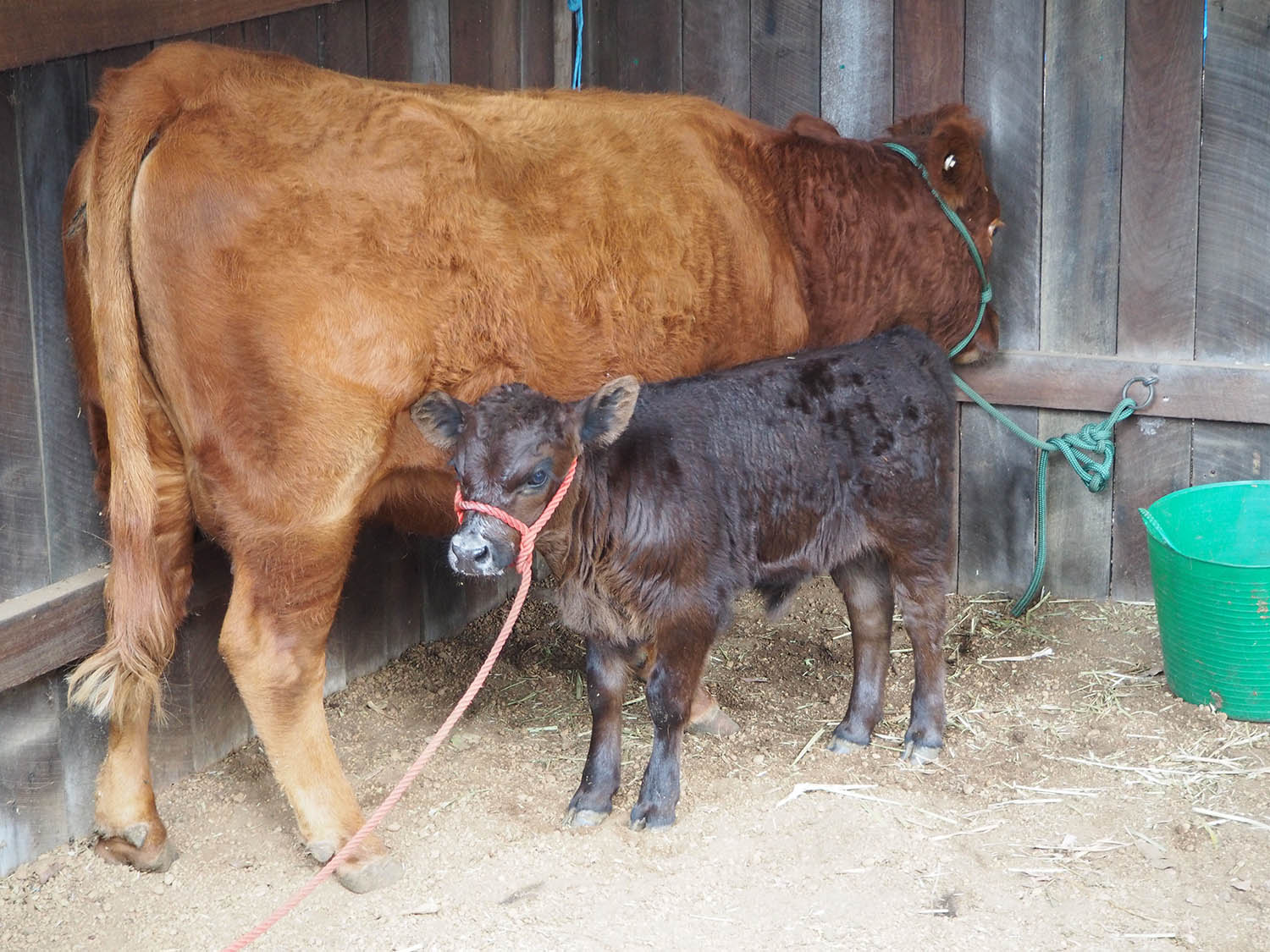 Despite that brief lapse, however, the real win in the animal department was the Dexter cattle. They’re a delightfully small and placid breed (averaging about a metre the shoulder), making them a viable option for a small property. If I was in the market for a cow, I think a black Dexter would be at the top of my list. It’d be rather nice to have a reliable known source of fresh milk and a Dexter kept as a ‘house cow’ apparently produces about 5 litres of milk a day, which is a plausibly manageable amount if you like milk and are into making your own yoghurt, cheeses and so forth. The milking might be an issue, but I imagine it’s a skill that can be learned much like any other… or done auto-magically by a cunning milking machine… or, in my case, by simply waiting for daughter-dearest to get one and then enjoying it all from a comfortable distance!

We also chatted to burly men about machinery, ate tasty food, drank bad coffee and went to a number of talks. The first of these was by Eric McCrum, well known naturalist and wildlife expert. He appears regularly on ABC radio, where he generally expounds on some or other wildlife related topic and then answers flora/fauna questions from the public. His segments tend to be both entertaining and informative, and this one was no exception. We heard all about enjoying flora and fauna on small landholder properties, although Eric did tend to get side-tracked onto one of his favourite rants – feral animals and their impact on native fauna.  It was the first time in ages that I’ve attended a talk where the presenter has chosen to be low-tech and the bizzzt-click of the slide projector slotting slides into place added to the general enjoyment of the session. 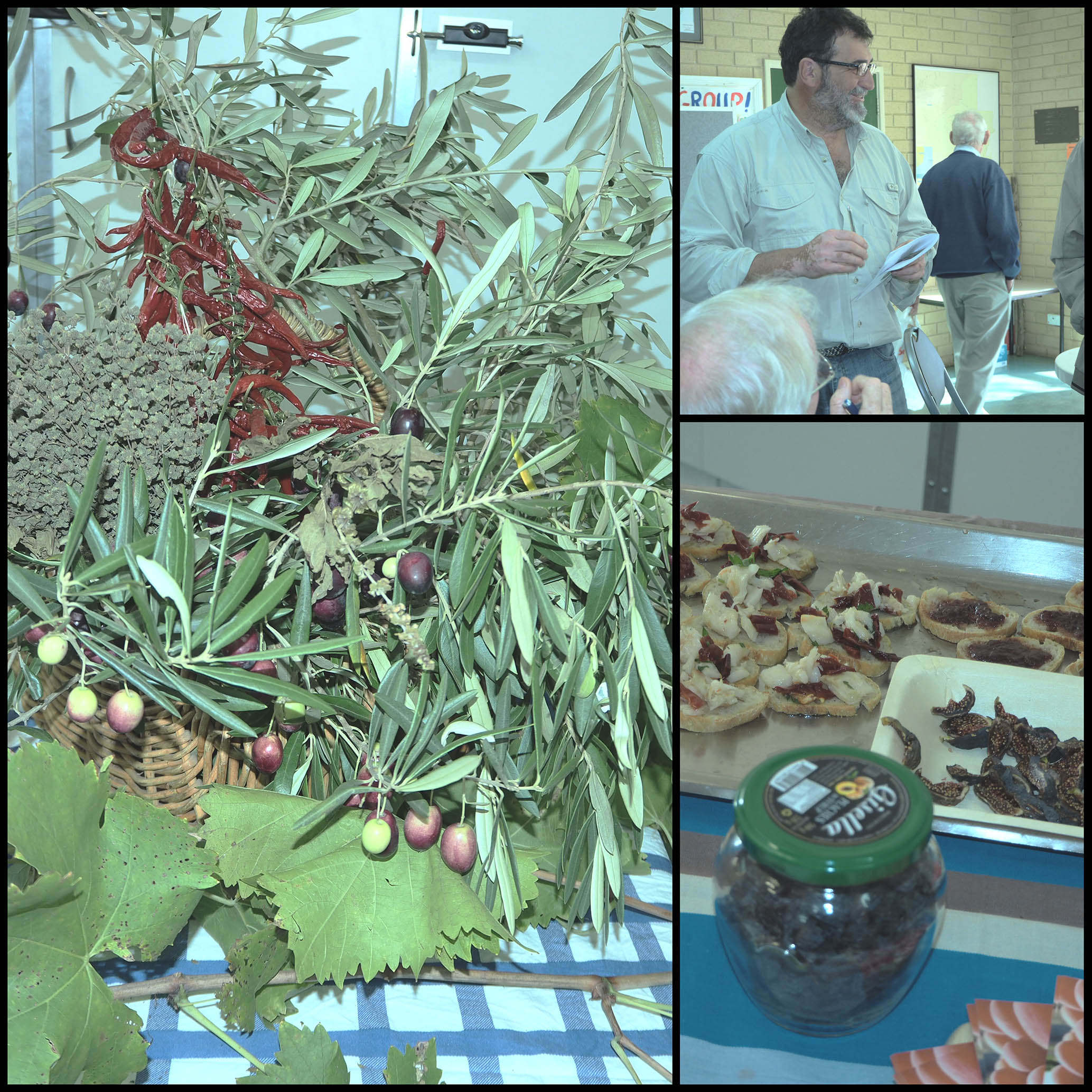 Another very interesting talk  was one on slow food by Vincenzo Velletri, who  augmented his presentation with tastings of a wide range of delicious preserved foods he’d prepared. The pickled aubergine was particularly good, but then so was the strawberry jam (sweetened with quince instead of sugar), the bacalhau (dried and salted cod fish), tomato relish, olives and pickled zucchini (recipes provided). So much yum in one tasting session!

Vincezo’s very passionate about good, clean and fair food – the slow food mantra – but also about minimising food waste. It was eye opening to be confronted with statistics on just how much food is wasted worldwide and how little is done to address the problem. France has just introduced new legislation to try to combat some of the food waste there, but nothing comparable appears to be on the horizon here in Australia at present. Instead, we were told, about 25% of farmers’ crops are going straight to landfill, either because of oversupply or  because the product isn’t ‘beautiful’ enough for the consumers, supermarkets & restaurants bin ridiculous quantities perfectly useable foodstuff and individual homes throw out about 20% of the food they purchase.

Like me, you’re probably thinking ‘surely that can’t be right, can it?’ It seems implausible that families would waste that much food. To answer that, simply look around your home and think about your personal food use and that of your family and friends. Do you (they) regularly bin food instead of using it? If so, why is that? Is it perhaps that we’ve grown up in a time of relative plenty? Or because so many of us are jumping on the celebrity chef bandwagon and purchasing recipe-specific ingredients, of which only part gets used and the rest gets wasted? Whatever the reason, in a world where increasing numbers of people are going hungry and the price of food continues to climb, this simply can’t be considered a sustainable practise.

My take-home message from the Small Farm Field Day is that we should all try to take up the challenge to actively minimise food wastage. We can start to do this in our own homes by checking the pantry and fridge before doing the grocery shopping and then buying just what we need. Next might be trying to use leftovers instead of binning them. If you’re not sure how, you could always think of them as a starting point to creating Tapas. Yup – tapas, the tasty little morsels we pay top dollar for at trendy restaurants. Try making one night a week ‘tapas night’ and re-purpose your leftovers as small plates of random tasty tidbits. If that doesn’t work for you, try cooking smaller quantities, invest in a compost bin and/or think about getting a couple of chickens to feed your scraps to. Bottom line is that  you’ll save money and will feel good about reducing waste cutting down on pollution.