No sooner have we harvested hundreds (!) of limes and grapefruit, found homes for most of the fruit and pruned the trees, than the next episode begins. 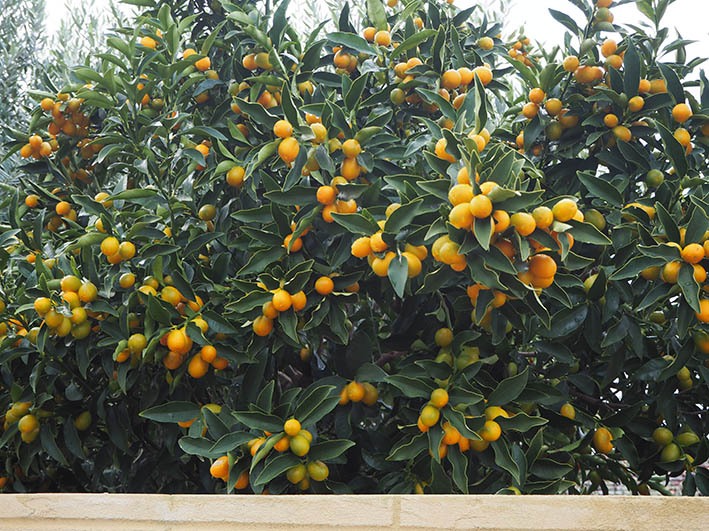 Our cumquat tree’s overloaded with fruit… and it’s all starting to colour up. The calamondin (cumquat/manadrin cross) is catching up fast. This means yet another harvest coming up really soon. Looking back, I see that the trees were as overburdened with ripe fruit in mid-June last year…and the year before…

Over the past few years I’ve been a veritable cumquat-queen, making just about every imaginable (food) product I could think of. Last year I branched out and made raspberry and cumquat jam, but I’ve also made marmalades and chutneys, candied the cumquats to produce delicious sticky glacé fruit, brandied them, baked assorted cakes and scones and even made cordial. 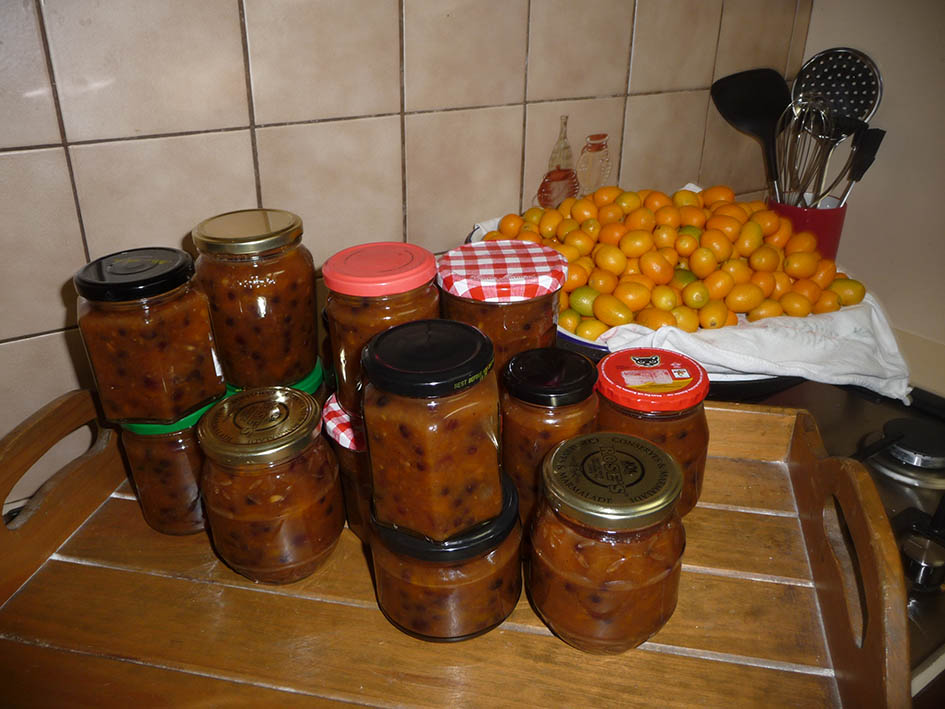 Since I still have a fair amount of jam and chutney stored in the fridge, I guess I’ll be baking and candying again this time around. Something new would be fun though, so maybe I’ll try Vietnamese-style cumquat flowers – they look pretty special. I also had a prowl around the recipe books in the local library this week for ideas and came across Homemade by Anna Gare, which includes a recipe for ‘Dad’s Cumquat Cake.’

Most of the cumquat-related cake recipes doesn’t use a huge amount of fruit and this is now exception. But 500g isn’t bad – and if the recipe works out and is super tasty, there could be many, many cumquat cakes distributed around the countryside… Failing that, I do still have recipes for all the other things we’ve made over the years!

Perhaps it’s time to prune these trees too – and to do it very thoroughly – in the hopes that reducing the tree size will likewise reduce the crop we get next year. After all, that worked soooo well with the grapefruit and lime trees… (not!)