Some time ago I created a vision board to reflect my emerging two-to-five-year plan. The aim was for this to act as a visual reminder and an anchor. It included big picture items that take a bit of planning, such as a trip to overseas (Scandinavia, perhaps), finishing off our kitchen renovations and having an electric vehicle as our primary mode of transport. These are all still ticking along as background tasks, some more actively than others.

In terms of immediate personal plans, however, plausible outcomes seemed like the best working premise. So for this year I chose fairly simple goals – ones that I felt I could realistically conquer and that would leave future-me feeling the year had been a success.

I aimed to increase my general fitness (somewhat-tick), establish a strong bond with our puppy (ohmygiddyaunt – so much tick!), get my memoir publication-ready (mostly-tick), blog regularly (tick) and spend more time doing things I enjoy (increasingly-tick). All in all, past-me made some sound choices and implemented most of them.

Looking back at the past year has made me think about past-me quite a lot and about some of the choices she made for me. I remember a young woman who used to say (rather flippantly) that she would age disgracefully, that she’d work at not growing up as she grew older (i.e. not get boring).

Now that past-me has turned into present-me, I conclude that this was a surprisingly good – and achievable – plan. Amongst other things, I’ve continued to wear jeans, sit on the floor, walk around barefoot, laugh out loud at things that amuse me and smile at strangers. All these things are intrinsic to who I am, although I gave them little thought until relat 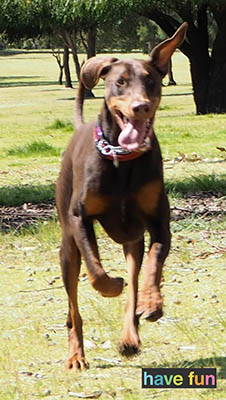 ively recently. Over time, however, I’ve realised that they make me actively happy.

When I think about future-me, I’d like her to be happy too – and to continue not feel constrained by social pressures to become a tidy and conventional old lady. I’d like people to say to her (as they do to me) that she seems younger than her chronological years – and I’d like it to be because, like me, she enjoys life.

Of course, ageing does come with a few limiting factors: get-up-and-go that has sometimes got-up-and-gone, a reduced inclination to be tolerant of rudeness and bad service, and an occasional tendency to be forgetful – these have certainly all become part of my landscape.

But past-me found some useful coping strategies along the way, some of them in The Sunscreen Song. Somewhat surprisingly, many of those tips feel as relevant now as they did then – although some resonate 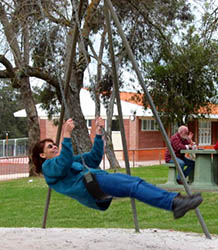 more strongly than others, including:
* be kind to your knees, you’ll miss them when they’re gone
* the race is long, and in the end, it’s only with yourself.
* be nice to your siblings

But if I could add just one additional lyric for future-me, I think it would be:
Age disgracefully – it’s always more fun than you think.