I see some editing (however minor) in my immediate future…

A few weeks ago I read an essay by George Orwell in which he suggests that a ‘scrupulous writer’ should always ask the following of every sentence s/he writes: What am I trying to say? What words will express it? What image or idiom will make it clearer? and Is this image fresh enough to have an effect? He adds that the writer should also consider whether what they’ve written is concise enough.

I’ve been mulling these questions over while waiting on a critique of my memoir (elsewhere referred to as Epic Tome #1). Is what I’ve written clear enough, succinct enough and, most importantly, interesting enough to engage readers? It’s become more and more difficult to answer these questions, particularly since I’m so embedded in the narrative. I’m prepared to confess to a smidgeon of obsessing on the issue, actually.

Then, this weekend, I found a most delightful surprise in my inbox. After weeks of worrying about the manuscript assessment, I finally received feedback in the shape of a very encouraging email and a comprehensive report from Tom Flood. I bounced around for the whole weekend after reading the email, feeling rather like I’d had too much sugar – or caffeine – or both. I didn’t even read the report until this morning – a combination of nerves and that Christmas-morning feeling of anticipation before all the gifts are opened.

Essentially what the report says is encapsulated in the email itself:
“…congratulations on a well thought out and executed manuscript. Not much to do to bring it to a publishable condition…You could have this ready for submission in a very short time… If that is the track you’re interested in, I would eschew agents and approach publishers directly, working from large to not so large.” 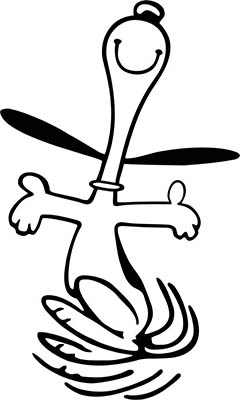 If I had a picture of me doing the happy dance all over again, it would go here – and would quite a lot like this!

One thought on “A step forward”