Fiddler on the Roof

The first time I watched Fiddler on the Roof  was when I was 14. It made a huge impression on me at the time. I laughed, I cried, and I went away profoundly moved by the story.

Topol’s voice (as Tevye, the narrator) stayed with me over the years, and at odd times I’d find myself saying things like Tradition! – or – On the other hand… usually in a poor imitation of his rich tones and gregarious manner. It always made me smile. 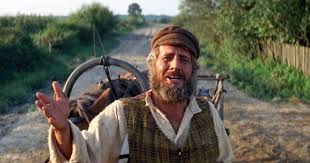 Twenty years later I hired the video and sat my kids down to watch it with me, having told them it was an excellent film. They were 10 and 12 at the time. It may have been a little to soon for me to be trying to inspire their social conscience and historical awareness, because they soon got bored and opted for bed instead. But I watched it through to the end anyway.

I laughed, I cried, and I came away profoundly moved by the story, but with a far more nuanced understanding of the historical context. It reinforced the memes and rekindled my awareness of complex sociocultural issues.

Heading into the New Year, these are the things on my mind. I’ve realised that it’s not about resolutions or making changes, it’s about awareness of my core values and an understanding everyone in this world is a brother or sister and should be treated as such.

When I watched Fiddler on the Roof for the third time this week, fully 44 years since I first sat in a darkened cinema and fell under its spell, my puppies kept me company. They were only slightly confused when I laughed, cried, and sang along to every tune. 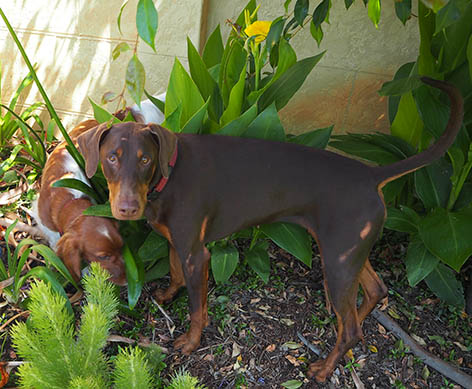 Once again I was moved. If anything, I was more moved by the stark realisation that some things never seem to change. Details, certainly. Situations, of course. But whether it’s in Antevka (Tevye’s village in pre-revolutionary Russia), in Turkey, or closer to home in Papua New Guinea, whether it’s religious, ethnic or simply a struggle for power, people face discrimination, oppression and isolation. And they cope with strength, courage and determination. These appear to be universal themes across time and space. Sometimes the good guys win, but often they don’t.

So I end this year as I started it: with the words of one of my favourite songs as my New Year’s wish to all for 2017. I do hope that the good guys win more often in the year ahead and that you all travel safely through it.

Bring the old year out / Bring the new year in / Bring us all good luck / Let the good guys win.